How to get a book published: Tips from a singing teacher turned author 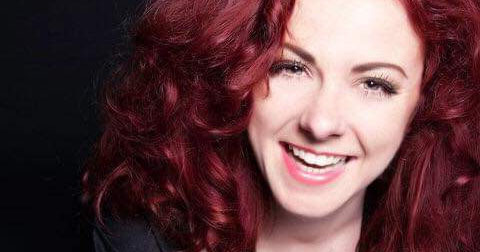 How to get a book published: Tips from a singing teacher turned author

Singing teacher Sophie Garner talks about getting her first book published and her blossoming writing career.

At the start of lockdown Sophie Garner, a vocal coach and choir director, found herself in a very dark place. “When the pandemic hit, I lost almost all my work in the space of 48 hours,” she says. “I have depression anyway, and my mental health suffered.”

Even though she was distraught at having her professional world upended, Sophie decided to make the best of the situation. An idea for a book had been bubbling away in her mind for some time, so she used lockdown to put pen to paper and write The Creative Songwriting Journal.

“Writing gave me focus and kept me from going under,” she says.

The Creative Songwriting Journal is a toolkit for seven to 12-year-olds. It contains exercises and inspiring quotes designed to foster creativity and self-expression.

“It sounds cringey, but it’s the book I wish I’d had growing up,” Sophie says. “I had a toxic upbringing, and I escaped through poetry and singing.”

After leaving school, Sophie worked as a pro singer before moving into vocal coaching. As well as teaching in schools and her own studio, she has worked extensively with people with brain injuries and cerebral palsy.

A decade ago, Sophie started writing down the teaching exercises and activities that proved successful in her work. These jottings were filed away in a cupboard, but later provided the basis for The Creative Songwriting Journal.

The idea to turn this collection of notes into a book came when a student confessed to Sophie that they were self-harming and having suicidal thoughts.

Despite Sophie’s best efforts, the student would not talk to anyone else about their mental health. “That was a huge burden. I thought, ‘how am I going to deal with this?’,” she says.

Sophie encouraged the student to buy a journal, and together they worked through a series of creative exercises.

The student found the process so valuable that Sophie started to wonder if she could create a resource to help others explore their creativity. She was mulling over the idea when lockdown hit.

Getting the book published

It took a few months to nail the text, and then Sophie used Canva to create a rough layout of how she wanted the book to look.

She then took it to Fuzzy Flamingo Publishing, who tweaked the design, helped with the front cover and got the book onto Amazon and Waterstones online.

“People think publishing is a mysterious thing, but I was surprised at how easy it was,” Sophie says.

Things all fell into place when a kind mentor covered the cost of printing 500 copies of the book, and parenting expert Sue Atkins gave it a glowing review and endorsed it on social media.

Following the book’s warm reception, Sophie signed with Speaking of Books, an agency that secures speaking and teaching engagements for authors such as Michael Rosen.

Sophie is now putting together a workshop to go into primary and secondary schools and teach songwriting. She’s also been invited to teach a songwriting module at a performing arts school.

And there are more books! Sophie has published a second book If You Can’t Say It, Sing It, a companion to The Creative Songwriting Journal, and is hard at work on her third tome, a 32-page children’s picture book.

“I would urge any teacher who has an inner voice nagging them to write a book, to do it,” she says.

“Like many people I suffer from Imposter Syndrome, but I published because I knew the benefits of what I was doing. I’ve helped 400 plus children already, and I’ve seen the impact it can have.

“You just have to get started. My notes would all still be sitting in a cupboard if I’d never taken those first steps.”

– When you’re writing, there are no mistakes, only beautiful bloopers. Keep all your notes and drafts because you may want to go back and re-use them.

– Don’t compare your work to other people’s. Writing is about creating something that belongs to you; you can’t compare it to anything else. It’s your written word.

– Write lyrics by hand, don’t type them. When you type something, it’s easy to delete it. When you write it, you’re committing your thoughts to a piece of paper.

Want more advice on how to get a book published? Read our interview with published author and vocal coach Becky Gilhespie.