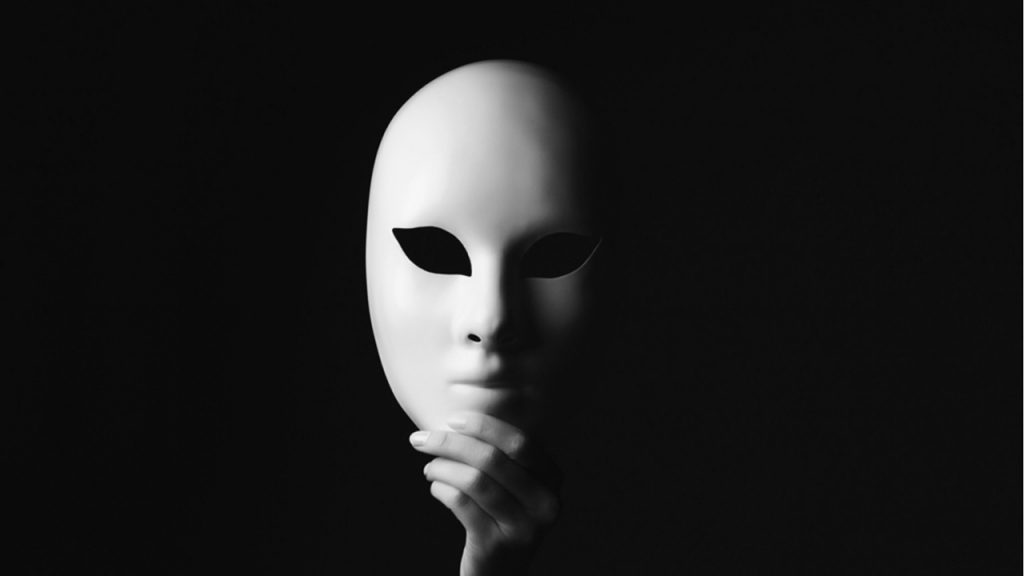 Ever feel like you’re drowning in self-doubt and niggling fears that you’re not good enough? Then you may be experiencing imposter syndrome.

In the first of a two-part series, Alexa Terry explores the symptoms and causes of imposter syndrome.

Raise your hand if any of the following scenarios resonate with you:

If you’ve ever found yourself in one of these situations, you may be experiencing imposter syndrome.

What is imposter syndrome?

Imposter syndrome is a cluster of intrusive thoughts that tell us that we’re a fraud, that our achievements are mere flukes, that we’re undeserving of success or that we’ll eventually be found out.

Imposter syndrome isn’t considered a psychiatric disorder but rather a psychological experience triggered by a given scenario. In their paper, Clance and Imes discuss their findings after working with more than 150 women who, despite their successes, experienced feelings of being an ‘imposter’.

What are the symptoms?

The most common symptoms include: “generalised anxiety, lack of self-confidence, depression, and frustration related to the inability to meet self-imposed standards of achievement”. (Clance & Imes; 1978).

In her Get Over It series, BAST founder and RTT therapist Line Hilton states: “When you’re at home, you feel quite authentic and validated, but at work, you don’t feel like that. Or it might be you feel like that at work, but you don’t in your social settings.”

While studies often centre around imposter syndrome in women, both men and women can experience it.

Why do we experience imposter syndrome?

‘I’m an award-winning author; I host an award-winning nationally syndicated talk radio show. I retired as the Chief Technology Officer of Hewlett-Packard before landing here in Colorado to become the CEO of CableLabs. I’ve been on almost every national news programme, and I’ve been profiled in newspapers and magazines around the world. With my career, you would think that I would be comfortable with my own achievements. That is not the case. I lived for most of my career in the absolute fear that people would find out that I am an imposter with a secret… So what lie is telling you that you’re not good enough? What is the truth about that ‘amazing you’? (TedX Talks with Phil McKinney; 2018)

In his TedX Talk speech, CEO Phil McKinney explains that “when you live with imposter syndrome, whatever you think disqualifies you is the secret you will do anything to protect”.

Line Hilton outlines a handful of such limiting beliefs in her webinar. These include:

Such emotional responses can provoke catastrophic thinking worthy of a fantasy novel. We may fear being ‘exposed’ or cancelled on social media or called out by a student or peer. (Note: These things will most likely only ever happen in your imagination.)

Perhaps someone is known as ‘the clever one’ of the family. They excel academically and are always told that they could achieve anything they wanted. In comparison, their sibling is ‘the pretty one’ who has the looks but not the brains.

As Valerie Young explains in The Secret Thoughts of Successful Women, such assigned labels play a role in the limiting beliefs.

“Your family – with help from teachers, coaches, and other significant adults in your life – had a profound impact on shaping your early self-expectations and, therefore, how confident, competent, and even successful you feel today.”

The ‘clever one’ may then struggle when they inevitably experience not being ‘the best’ at a particular task, realising they aren’t naturally competent at everything. Or perhaps they might question their own abilities when praise diminishes due to the consistently high standards expected of them.

Meanwhile, the ‘pretty one’ is riddled with self-doubt and strives to prove their capabilities. No matter how hard they work, or what they achieve, they always feel that they are not good enough.

“We do believe that the societal stereotype of women being less able intellectually than men begins to exacerbate and confirm at an early age the self-doubts that have already begun to develop in the context of the family dynamics.” (Clance & Imes).

Social prejudices towards race, sex and class (to name but a few) can challenge a person’s sense of belonging and thus trigger the imposter syndrome.

Young states in her book how “85.7% of foreign-trained medical residents in Canada tested high for imposter feelings”. She also cites Sonia Sotomayor, an Associate Justice for the US Supreme Court, who felt like an outsider at Princeton University due to her background growing up in the Bronx.

Students, the self-employed and creatives – categories that we slot right into as vocal coaches – can be prone to imposter feelings.

Young states that “every field, from law to psychology to art, has its own specialised and often unnecessary convoluted language. In order to be deemed sufficiently knowledgeable or scholarly, you’re required to ‘elevate’ things that could just as easily be described in everyday language”.

We only need to look at some voice forums on social media or read some voice-related papers to be battered like a cod by complicated language, resulting in the ringing sound of the imposter syndrome nestling neatly in our cochlea.

There are lots of good things about running your own business. You can dictate your working hours, weekly objectives and targets.

However, you may not have an immediately accessible sounding board, someone with whom you can explore ideas, seek advice or have a general moan after a bad day.

As a result, the self-employed can set themselves unreasonable expectations and miss the support of working in a team. Self-employed people may be ‘soloists’, and find it difficult to ask for help, believing that it’s a sign of weakness.

Many revered creatives have experienced the imposter syndrome – Meryl Streep, Tom Hanks, Lady Gaga and Maya Angelou, to name but a few.

Imposter syndrome is common among actors, writers, singers and musicians as they are constantly judged by audition panels, reviewers and keyboard warriors.

The phrase ‘He who can, does. He who cannot, teaches’ has wafted through society since playwright George Bernard Shaw penned it for Man and Superman in the early 20th Century. So is it surprising, then, that educators experience imposter syndrome?

Furthermore, we often hear phrases such as ‘it’s who you know not what you know’ and ‘in the right place at the right time’ bandied around in the performing arts world. Such language could imply that it’s not a person’s hard work, ability or commitment to their craft that has earned them their success or that it even matters. Could these concepts encourage imposter syndrome among artists?

What can we do about the imposter syndrome?

Keep your eyes peeled for part two of this article series to find out.

If you have any questions or comments about imposter syndrome, share them on the BAST Trainers Facebook group.

Read this BAST post to discover how to kick negative thinking.

• Get Over It Series by Line Hilton: https://youtube.com/playlist?list=PLcoWhWFutvPeQbp3PzkQy36bzg_DFkVRD

• The Secret Thoughts of Successful Women by Valerie Young