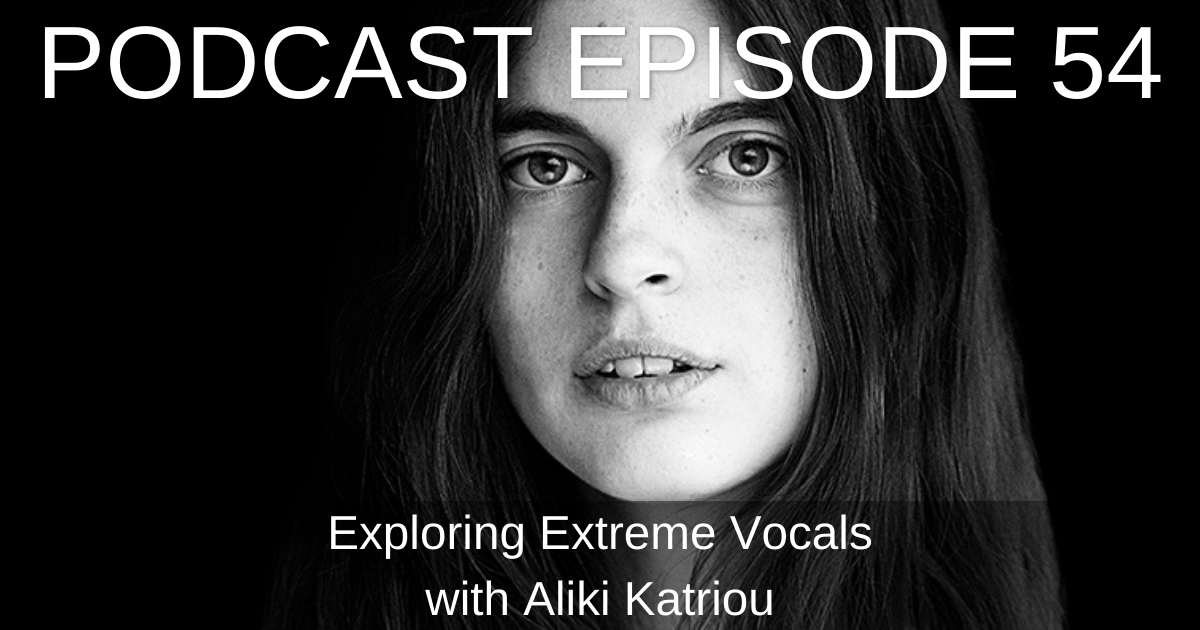 Aliki Katriou is a metal singer and vocal coach who teaches across many different styles. She studied with New York Vocal Coaching and is now involved in helping train their coaches in extreme vocals, as well as delivering masterclasses on distortion for music schools across the US and UK. She joins Alexa on this week’s Singing Teachers Talk to discuss exploring extreme vocals.

‘I felt like the higher I went in my range, the more comfortable and effortless everything was’

‘The fear of extreme vocals is only enforced by authority figures’

Aliki loves singing in all its varieties, especially extreme vocals. A soprano, she started classical singing lessons at age 16, which she continues to this day. Realising early on that classical technique couldn’t produce some tones that interested her, Aliki took contemporary singing lessons in a variety of styles and eventually trained as a singing teacher. She has extensive knowledge of classical techniques, contemporary styles and extreme vocals. Since 2013, she has been teaching voice to students from around the globe in many different genres.

Aliki is known as the vocalist in the critically acclaimed Greek metal project Desolate Plains, the lyricist and female voice for Tattered Pages – an international project hailing from Birmingham – and the lyricist and vocalist for her own band; Eight Lives Down.

As a graduate from one of the world’s leading vocal studios, New York Vocal Coaching, Aliki continues on as a consultant by training their vocal coaches on vocal distortions and is also the guest speaker Distortion Specialist at their Teacher Training courses. She continues to study as an advanced voice teacher with world-renowned authors Dr Gillyanne Kayes and Jeremy Fisher of Vocal Process and has been asked to teach Master Classes on distortion at music schools in the US and the UK.

Constantly expanding her knowledge of voice, Aliki has completed the first two tiers of the vocal health course with Dr Jenevora Williams and the team from Vocal Health Education. She is in the process of completing the full three tiers.