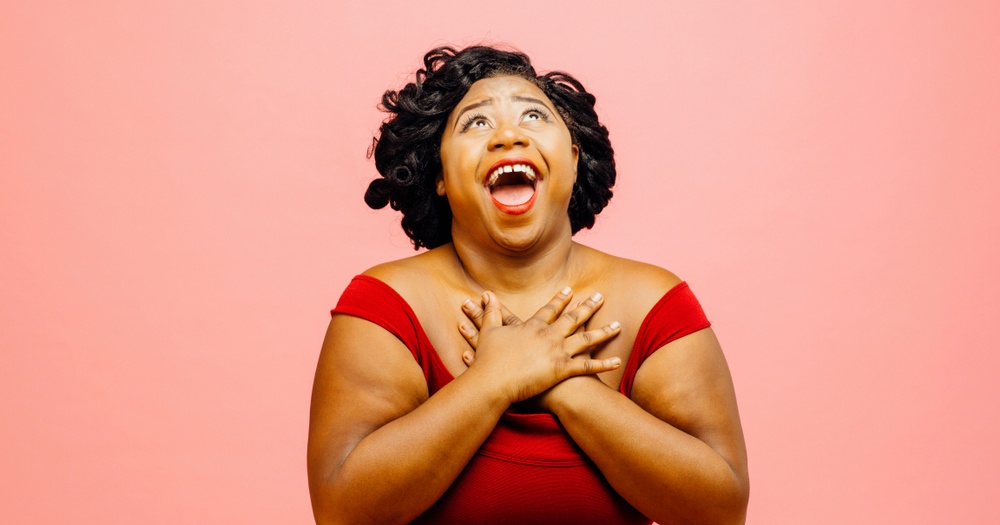 You’ll never struggle to find the right song for a student again with our ultimate list of musical theatre solos for female singers.

Delve into the best of Broadway, the West End and indie theatre with our ABC list of contemporary musical theatre repertoire for female clients of all ages.

A is for Apex Predator from Mean Girls

Context: Janis advises new high school student Cady to be careful involving herself with Regina George and her A-list friends called The Plastics. But Cady is somewhat excited by associating with the clique. Originally a duet, you can easily make this song a solo piece.

Context: The townspeople of Belleville accuse the Gothic rebel Cinderella of vandalising a memorial statue. In this song, Cinderella addresses the judgements she receives from others.

C is for Cute Boys with Short Haircuts from Vanities

Context: A heartbroken Kathy sings in the wake of a break-up with a long-term boyfriend who has found someone different.

D is for Dyin’ Ain’t So Bad from Bonnie & Clyde

Context: Bonnie waits for Clyde to return from a robbery. Bonnie’s friend, Blanche, tells her that the authorities will kill the lovers if they find them. Bonnie explains that “dyin’ ain’t so bad” so long as they go together.

E is for Easy to Say from Zombie Prom

Context: Toffee’s ex-boyfriend, Jonny, rises from the dead as a Zombie after committing suicide in a nuclear power plant. He begs her to take him back. Toffee loves Jonny and struggles to concentrate on her schoolwork.

F is for Flowers from Hadestown

Context: Hadestown is based on the Greek legend of Orpheus and Eurydice. In this folky ballad, Eurydice sings of her regrets in following Hades to the underworld.

G is for Good Girl Winnie Foster from Tuck, Everlasting

Context: In this ‘I Want Song’, we learn that well-behaved, rule-following Winnie yearns for something more exciting.

Context: Jamie New aspires to be a drag queen and wants to attend prom in drag. When he discovers that a gift of a dress and flowers were not from his absent father, but his mother Margaret, he confronts her. In this song, Margaret sings about how she will always love Jamie because he’s her son.

I is for I Want More from Lestat

Context: Lestat, a vampire, meets Claudia, a young orphan, and decides to transform her. However, because Claudia has been transformed at such a young age, she has a much stronger craving for blood.

J is for Just Breathe from The Prom

Context: Emma dreams of attending her high school prom with her girlfriend. But the school’s Parent-Teacher Association cancel the event to stop this from happening. Amidst bullying and judgement, Emma reminds herself to stay calm and think logically.

K is for Kindergarten Love Song

Context: In this comedic stand-alone musical theatre number, a kindergarten girl admits she has a crush on her friend. The comedy element is enhanced if the song is performed by either a young singer or an adult singer being purposefully child-like.

L is for The Little Match Girl

Context: This tune is another stand-alone musical theatre song and is based on the 19th Century fairytale by Hans Christian Andersen. It tells the story of an impoverished young girl who walks the freezing streets at Christmas selling matches. For warmth, she lights each match she cannot sell – and dies as the last one burns out. (Check out www.newukmusicals.co.uk for more new musical repertoire.)

Context: In this comedic, up-tempo number, panicked Candela is desperate to speak to her best friend, Pepa (the show’s protagonist), as she frets that her new boyfriend, Malik, is a terrorist. It shares the same frantic urgency as What’s Gonna Happen, also by Yazbek.

Context: Department store worker Jovie sings about her terrible taste in men, especially that of her latest romance with an ‘elf’ obsessed with Christmas and Santa Claus.

O is for Omar Sharif from The Band’s Visit

Character: Dina, a divorced cafe owner who lives in the remote town of Bet Hatikva.

Context: In this evocative ballad, Dina reminisces about her childhood watching Omar Sharif movies and listening to Egyptian singer Umm Kulthum on the radio. Senses are provoked throughout with lyrical references to scents and tastes.

P is for Pretty Funny from Dogfight

Context: Marines Birdlace, Boland and Bernstein bet on a ‘dogfight’, with the winner being the person who brings the ugliest date to a party. Birdlace ‘wins’ after seducing Rose, who is crowned the ugliest. Distraught, Rose sings Pretty Funny chastising her own foolishness.

Q is for Quiet from Matilda

Context: Miss Trunchbull finds a newt in her jug of water and accuses one of Matilda’s classmates of putting it there. Matilda stands up for her friend and calls the headmistress a bully, to which Miss Trunchbull responds with threats and insults. Matilda addresses the noise in her head and discovers that she can move things with her mind.

R is for Ring of Keys from Fun Home

Context: At a restaurant with her father, Small Alison notices a ‘handsome’ delivery lady and feels a strong connection – but can’t quite describe what the feeling is.

S is for Someday from The Wedding Singer

Context: Julia is a waitress at a wedding and fantasises about her own romantic day.

T is for There’s a Fine, Fine Line from Avenue Q

Context: Princeton calls off his relationship with Kate Monster when she catches the bouquet at a wedding. Kate sings of her heartbreak and the fine line between “love and a waste of time”.

U is for Up on the Fridge from Dear Edwina

Context: In this ‘I Want Song’, Edwina expresses how she desires to have her achievements presented “up on the fridge” next to those of her talented siblings.

Context: Evan betrays the unpopular and studious Patrice – a friend and neighbour – by ripping up her invitation to his Bar Mitzvah. (He thinks all the popular kids will stay away from the celebration if she attends.) Patrice sings about what defines friendship and the hurt she feels.

Vocal Range: Approximately G3-E5 (in key of A Minor).

Context: A cunning cat befriends the ‘Ugly Duckling’ offering to treat him to lunch. Cat really plans to eat him.

Did we miss something? Eagle-eyed readers may have noticed that we’ve omitted entries for ‘V’ or ‘W’? (These letters stumped our resident MT correspondent Alexa.) If you’ve got some suggestions to add to our list of musical theatre solos for female singers, let us know on the BAST Trainers Facebook group.

More from BAST: Learn how to elevate your students’ stage presence (they’ll love you for it) with this informative video from Broadway voice coach Elissa Weinzimmer.

Discover how to help your students navigate different musical genres (and become more employable and creative) by listening to the Singing Teachers Talk podcast on cross-genre training.