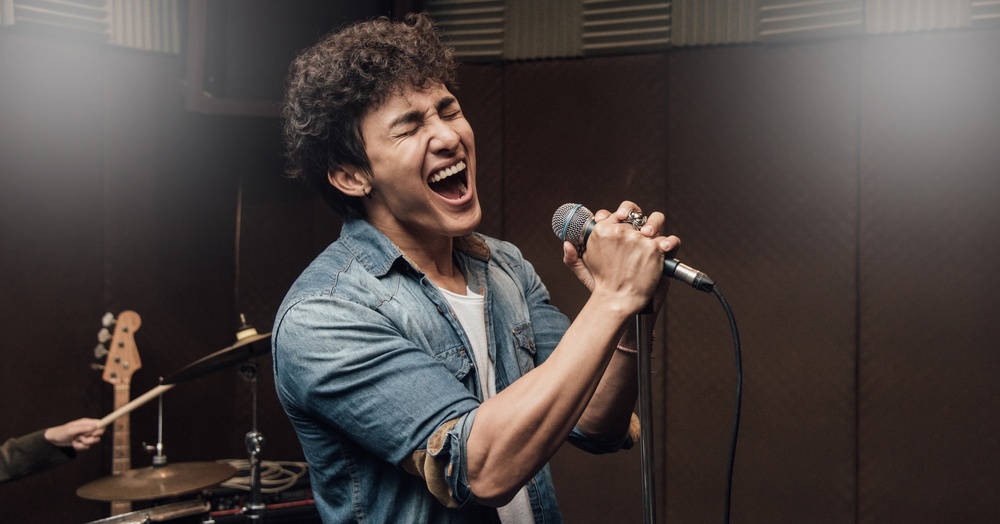 Vocal improvisation is a great way to help anxious singers explore, experiment and discover their full potential. Here are four ways to get a reluctant student started.

“Do not fear mistakes. There are none.” So said the late, great jazz virtuoso Miles Davis, a master improviser who believed that the greatest creative breakthroughs came from fearless experimentation.

But what happens if you’re a singer so hung up on the idea of ‘getting things right’ technically that you can’t allow yourself to make a mistake?

To get the lowdown on how to introduce vocal improvisation to a singer struggling to let go, BAST Training spoke to Louise Gibbs, jazz singer, vocal coach and president-elect of the British Vocal Association. Here are her four top tips.

Encourage students to look at the big picture

Singers often get hung up on a particular fear – such as singing high, breath control, or losing their voice.

“People confuse technique with being musical or a musical outcome,” Louise says. “There’s no doubt that to be good at something, you have to spend time training yourself and training for accuracy and reliability. The problem occurs when people can’t get beyond the means in relation to the end – they get stuck in the means part, and that’s what they worry about.

“I always come back to the question: what is it that you’re trying to do? When you start talking about that, it builds complexity into what they’re doing. And then they’re more forgiving instead of obsessing about one thing.

“Being creative is awfully messy. When you’re looking for accuracy, you can’t afford to be messy. And that’s the fight that goes on inside – being accurate versus being messy.”

A singer may already have improvisation skills but just not know it. “I want my students to realise that every time you alter something, you’re introducing some form of improvisation,” Louise says.

“For example, some people can make up melodies, so it’s a matter of just pointing out to them that they’re already improvising.

“And many people are completely unaware that they have harmonic listening, especially singers, because we can only sing one note at a time. It’s a matter of helping them access that. Can they harmonise? If I play a chord, can you hear something other than the note I’m singing? It’s more to do with getting people aware of what they already have.”

“I think what’s really important is the idea that repertoire is not what is written on paper. Remember that most music for most cultures, and certainly before recorded or written music, just existed in people’s imagination. It’s important to understand that it’s an oral art form – it’s the art of the ears as it were.”

Just think of a child messing around in a sandpit. They’re having fun but also learning at the same time.

“We’ve got to build fun into the equation somehow. You got to play, and you got to have fun.”