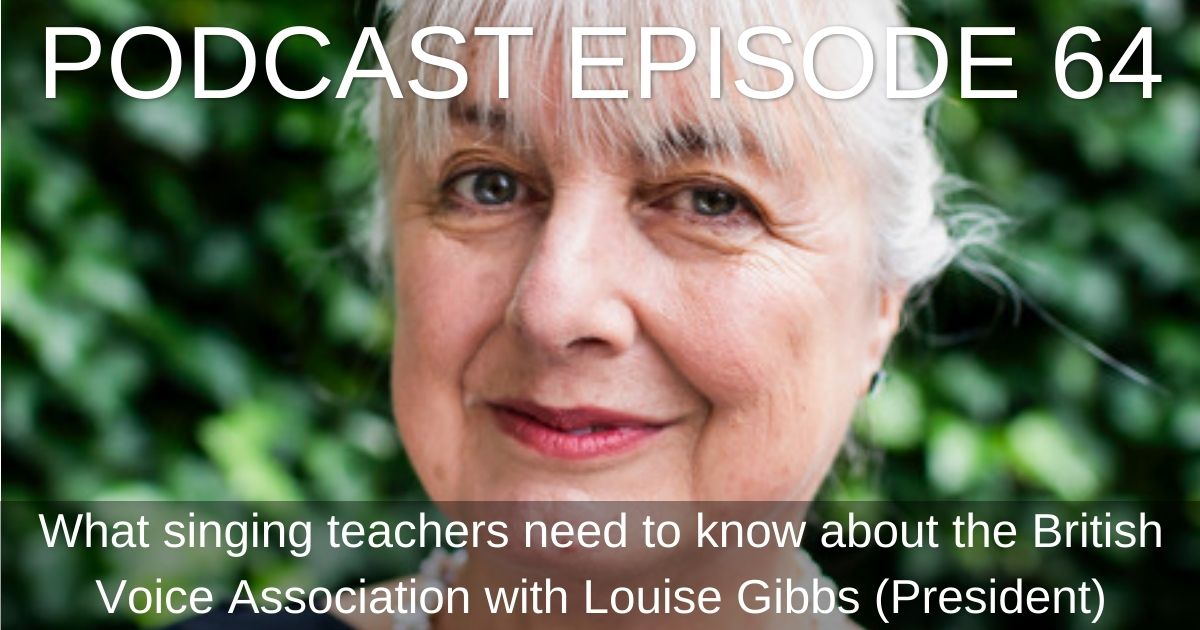 Ep.64 What Singing Teachers Need to Know About the British Voice Association With President Louise Gibbs

‘I was always taken by the rhythm’

‘You have to be able to embody rhythm and if you’re not familiar with it, it’s very tricky to do’

Louise Gibbs is a jazz singer, composer and educator, and a graduate in both music and education from Columbia University, New York. She is Visiting Professor at the University of Chester and teaches jazz and popular voice and musicianship for the Universities of Leeds, Sheffield, and York. She has held academic and teaching positions at Leeds College of Music (Course Leader for the Postgraduate Programme and the Jazz Programmes), Goldsmiths, University of London, Guildhall School of Music and Drama, and Royal College of Music, and given workshops for major conservatories and international institutions in the US and New Zealand. She maintains active research and writing interests in voice, improvisation, education and musical aesthetics. Louise is currently President of the multidisciplinary British Voice Association.

Louise continues to perform her own music and the jazz repertoire. Described in Jazzwise as “meeting all musical challenges with creativity and charisma” she has recorded with top UK and US artists and has five acclaimed albums as a leader. Her performance of self-penned song suite, Seven Deadly Sings for voice and septet earned a 4-star review: “Both in its conception and execution, …is an unqualified triumph”.

Louise is a keen gardener, allotment-holder, and sourdough bread baker.