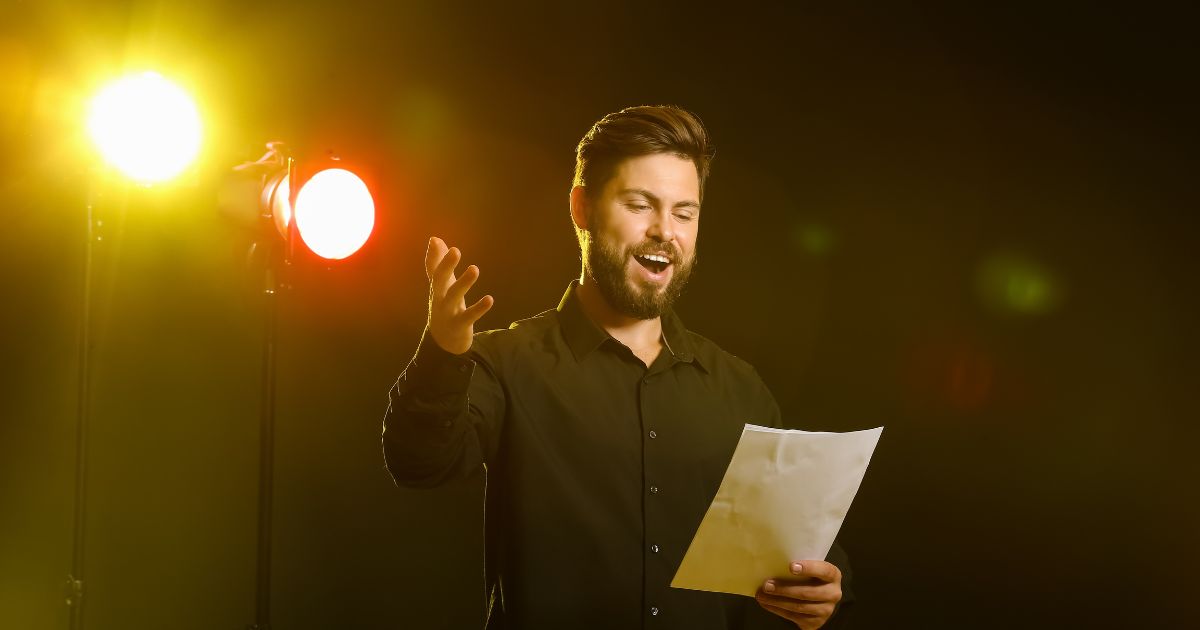 Give your students the edge in drama school auditions by following these top tips from an industry insider.

Winning a place at drama school is no easy feat. Judging panels see hundreds, sometimes thousands, of hopefuls during the selection process, with the top institutions taking just 1 to 2% of applicants.

With such fierce competition, performers need to be well-prepared and bring their A-game. And to do this, they need to choose the right repertoire.

Michael Vickers, head tutor of singing at Italia Conti, is a regular on audition panels. He recently shared with BAST Training his do’s and don’ts on choosing audition repertoire.

Each performing arts school has its own audition criteria, so it’s essential to check the requirements thoroughly and ensure your student’s choices tick all the right boxes.

For the singing element of the admissions process, some institutions ask for one song, while others ask performers to prepare two or three.

Schools may also specify the type of song they want to hear, for example, pre-1965 or post-1965. Applicants may be initially asked to provide a self-tape and only attend an in-person audition if they progress through the process.

Matt says judges recognise that auditionees are in the early stages of their careers. They don’t expect a performer to be ‘the finished product’, but they do want to see potential, or what he calls ‘trainability’.

“We don’t expect that every singer is going to be the best lyrical singer, plus the best belter,” he says. “But we want to see that the performer has the beginnings of something that could be developed into a useful professional skill set.”

It may sound obvious but encourage your student to choose a song that they can sing well and enjoy performing.

For example, if a singer is finding their feet with belting, Matt says “go for something that is more speech based that just requires you to explore that lower part of your voice and take that kind of speech quality a little bit higher up”.

Your student will most likely be nervous enough if they make it through to an in-person audition, so don’t put them under more pressure by selecting songs way out of their comfort zone.

“I wouldn’t recommend airing your dirty laundry,” Matt says. “Don’t come in singing a huge, high, lyrical song, if that isn’t your experience and area of expertise. In terms of repertoire selection, we can absolutely find things that allow beginner singers to showcase their skills.”

Don’t…Assume that all songs that predate 1965 are legit

Just because a song featured in a musical written before 1965 doesn’t necessarily mean that it is ‘legit’.

“If I ask for something legit, I don’t really want to hear a big old belting number from the 1930s,” Matt says.

“But I do want to be hearing those lyrical lines. If you’re a soprano or mezzo alto, I want to hear you moving into the higher register if that’s accessible for you. And if you’re a tenor, bass or baritone, I want to hear those more lyrical sounds at the top rather than big, blasty sounds.”

Listen to BAST’s full interview with Matt Vickers by tuning into the Singing Teachers Talk podcast, where he also discusses: