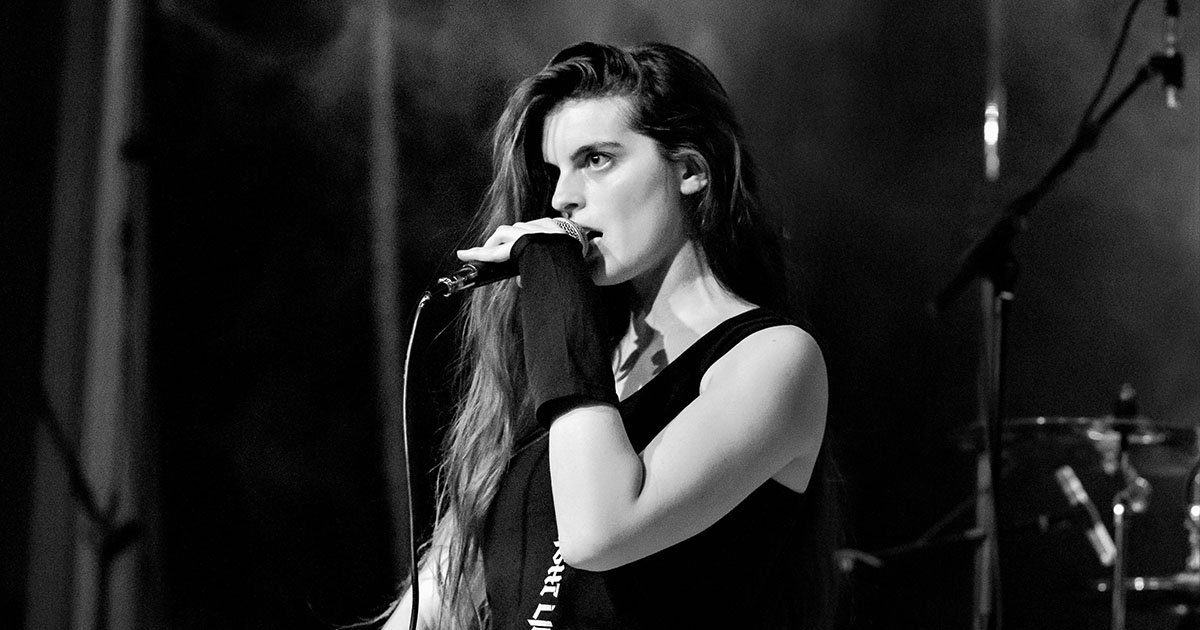 Aliki Katriou, aka the ‘Duchess of Distortion’, reveals the three most common misconceptions about extreme vocals.

When she isn’t fronting a metal band, classically trained Aliki Katriou specialises in teaching vocal distortion. If you want to learn how to scream, growl or rasp, Aliki, a New York Vocal Coaching graduate, is your woman.

Myth #1: You only hear extreme vocals in alternative music

Before we get started, let’s clarify what we mean by extreme vocals. Here’s Aliki’s definition: “On Wikipedia, you’ll probably find them under the broad term of extended vocal techniques.

“For me, they are anything that generates weird noises. It can be distortions, so anything that messes up the sound so that you have a higher noise to signal ratio. Some people think that whistle falls under that category, or yodelling, all the outliers. By extreme, I’m usually referring to distortions.”

There are many examples of vocal distortion in mainstream music, such as Michael Jackson’s Earthsong.

“Michael Jackson’s Earthsong is a great starting point. After the bridge, like two minutes in, you have two minutes non-stop of absolute mayhem vocally, there’s nothing clean in there.”

Myth #2: Vocal distortions are dangerous – avoid them at all costs

Aliki pushes back (well, she is a vocal distortion coach) against the notion that all extreme vocals are damaging. She points out that many singers who utilise vocal distortion enjoy career longevity.

“In terms of vocal distortion, if it’s something that a normal singing teacher would hear, have a microscopic heart attack and say ‘don’t do that’, I’m like yessss, let’s do that!”

It’s important to remember though that Aliki has spent years researching how to make these sounds safely. She says it takes time and patience to master any extreme vocal technique. Aliki suggests working on a single technique for just 30 seconds a day, every day for several months.

Myth #3: Vocal distortions do not involve your true vocal folds

“One of the most common misconceptions [about extreme vocals] is that distortions do not involve your true vocal folds,” says Aliki. “What are you going to distort then? There must be a signal to distort, so you need the vocal folds to create them.”

Learn about Aliki’s singing journey, her loathing of chest voice and her advice for singing teachers looking to delve into the world of vocal distortion by listening to the Singing Teachers Talk podcast.

Further reading: How to sing with grit and distortion.