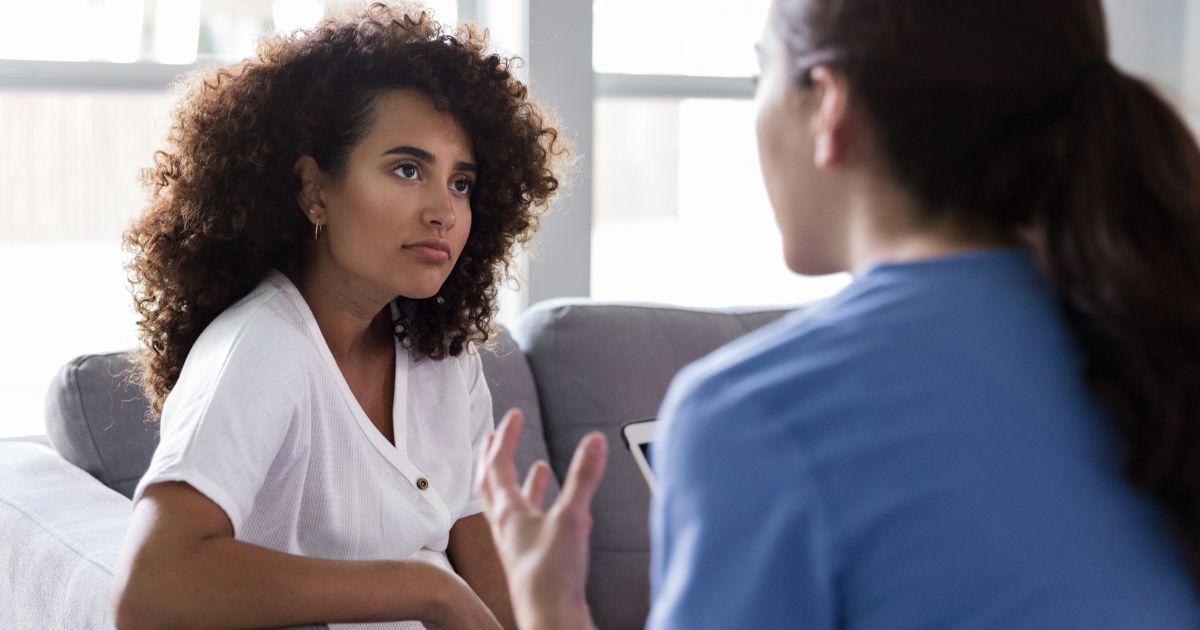 What’s the best way to broach the tricky subject of vocal ill-health with a student? Kate Valentine explains how to deliver difficult news in a sensitive and professional manner.

When Kate Valentine was diagnosed with a serious vocal pathology, her whole life came crashing down. The diagnosis meant pausing her opera career to undergo surgery and vocal rehab – and sparked a full-blown identity crisis.

“I had thrown everything that I had into my singing identity,” Kate says. “So I didn’t want to hear that there was anything wrong with my voice. Anyone who’s had any kind of voice issue knows just how intrinsically linked our voices are to our identity.”

In the latest episode of the Singing Teachers Talk podcast, Kate explains how subtle voice changes snowballed into a serious vocal problem over a two-year period.

Looking back, various vocal health red flags were present, although she didn’t know it at the time.

“I wasn’t aware what my body was trying to tell me,” Kate says. “I did what many people do; I tried to push on and hope it all goes away. And, of course, it doesn’t.”

It started with just one note – Kate struggled to sing the E above middle C. Other symptoms included vocal fatigue, difficulty sustaining pitch higher up in her range, delayed onsets and the inability to sing quietly. “It was all or nothing. Everything felt like it had to be pretty strident all the time.”

As more problems arose, Kate’s confidence plummeted. When Kate finally saw an ENT, she was diagnosed, incorrectly, as it turns out, as having a nodule. Later, after a correct diagnosis (she had a haemorrhagic polyp), Kate underwent surgery and rehab. She now works as a laryngeal manual therapist and vocal health specialist.

How to discuss vocal health

Singing teachers are well-placed to recognise symptoms that could indicate a more severe problem and refer a student to an ENT. However, Kate urges singing teachers to consider how they broach the subject with students.

“It’s important not to attach blame and stigma,” she says. “A wide range of things can affect our voice, and very few of them are the singer’s fault. Very few of them relate to something the singer ‘did wrong’. You can’t take your voice out and put it in a velvet box. Everything else that our body goes through can also impact the voice.”

Remember, your student could be in denial, so coming in too heavy could deter them from seeking help (and may also prompt them to stay away from singing lessons altogether).

“Avoid diagnosing language – especially words like ‘nodule’ as it has so many negative connotations,” Kate says.

“You might want to say something like ‘I’m noticing today that it seems to be taking longer than usual for your voice to get to its happy place. Do you have any thoughts as to why that might be the case? Is there anything else that you’ve noticed about your voice?’ That way, you’re putting it back onto them and allowing self-reflection.”

“I think it’s useful for teachers to keep notes about all of their students,” Kate says. “If you start to notice voice changes, write them down. I’m talking about those niggling persistent changes that last a few weeks. The current NHS advice says that changes that last longer than three weeks should be referred on.

“The best way to keep track of it is to write down every change you notice. That way you’ve got the evidence to bring to your student rather than just something ‘sounds a bit dodgy’. Also, they can take the notes that you’ve been keeping to the laryngologist to explain what’s happening.”

Explain the benefits of treatment

It’s helpful to reinforce the idea that the voice is like any other part of the body; things can sometimes go wrong, and most of the time, it’s fixable.

“I always explain that I had surgery, rehabilitated, and ended up singing better than before. So even if there are problems, it doesn’t necessarily mean it’s the end of the road. It’s not just the stigma that something has gone wrong; it’s the fear that somehow their career is over. And, of course, 95% of the time, it’s not.”