The Laryngeal Nerves - BAST - Be A Singing Teacher Skip to content 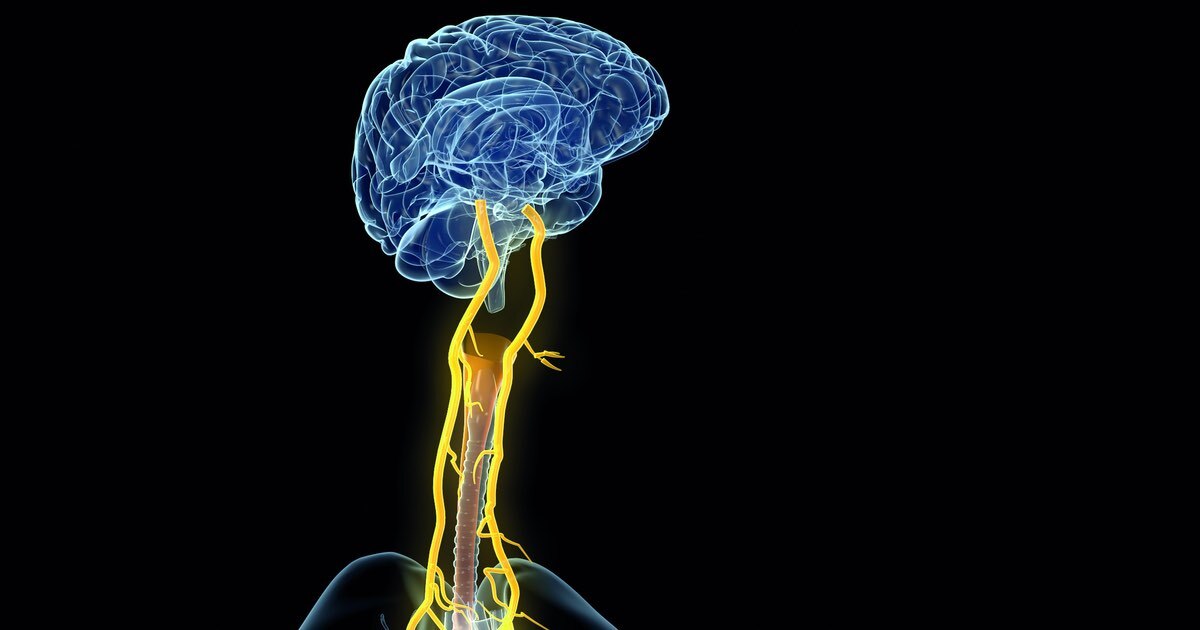 Alexa Terry and Line Hilton look at the laryngeal nerves and the role they play in voice production.

The nervous system is a two-way information highway delivering messages from the brain to different parts of the body and from the body to the brain. It can provide our body with motor instruction and regulatory and sensory information.

It has two main parts: 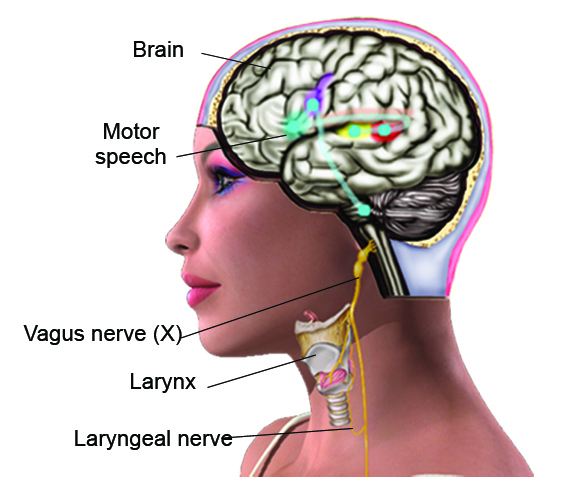 – The Central Nervous System (CNS), which consists of the brain and spinal cord.

– The Peripheral Nervous System (PNS), which connects our limbs and organs to the CNS.

When considering the larynx and voice production, there are three PNS nerves to consider:

The vagus nerve is the longest of the 12 cranial nerves. It begins in the brain and ends in the stomach.

Clinical nutritionist and author Stephanie Moore explains in her webinar Managing Reflux the Natural Way (available in the BAST membership) how we cannot be both in a state of stress and a state of digestion.

She says that “when cortisol and adrenaline levels are elevated it is a bio-chemical impossibility for the body to click into a parasympathetic mode”, which is the mode required for effective digestion and sleep.

Therefore, when we are in a state of stress, the body is too preoccupied with managing the fight or flight response to be able to digest food efficiently. (It’s unlikely that our Neanderthal ancestors would have been fleeing a ravenous tiger while munching on their lunch.)

In the 21st Century, stress is an all too common chronic condition, and many of us are guilty of eating ‘on the go’. As a result of being stressed and in a state of fight or flight, our stomach is unable to digest properly, and many people end up suffering from acid reflux (GORD).

The impact of acid reflux

If the stomach acid goes up the gullet (oesophagus) it can reach the larynx and vocal folds. The acid spills onto the vocal folds causing erosion and inflammation.

We know this because we start to experience voice production issues such as hoarseness, roughness, range limitations, vocal fatigue, loss of voice, the need to clear the throat frequently and possibly pain.

What’s the moral of the story? Chill out when tucking in.

“When voice production is desired, the brain sends a signal via the vagus nerve into the neck. From the neck, the vagus nerve divides into the superior and recurrent laryngeal nerves, which go to their specific muscles.” (The OHNI Voice Book by Dr Reena Gupta).

These muscles are the: 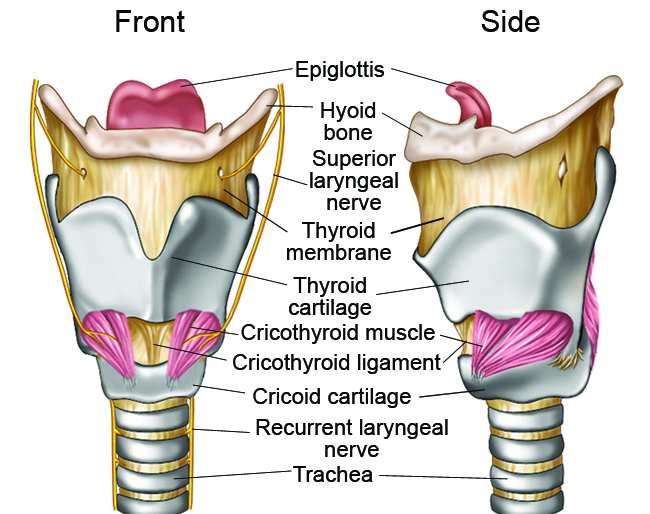 The SLN (left and right) has two further branches: the external branch, which innervates the cricothyroid muscle, and the internal branch, a sensory nerve for the laryngeal mucosa above the vocal folds.

Damage to this nerve will prevent the vocal folds from tensing and lengthening, and the voice user will be unable to access their upper range (head register).

The RLN (right and left) supplies sensation below the vocal fold level and innervate all the intrinsic laryngeal muscles except the cricothyroid muscle – in other words, the muscles that assist with abduction and adduction of the vocal folds. 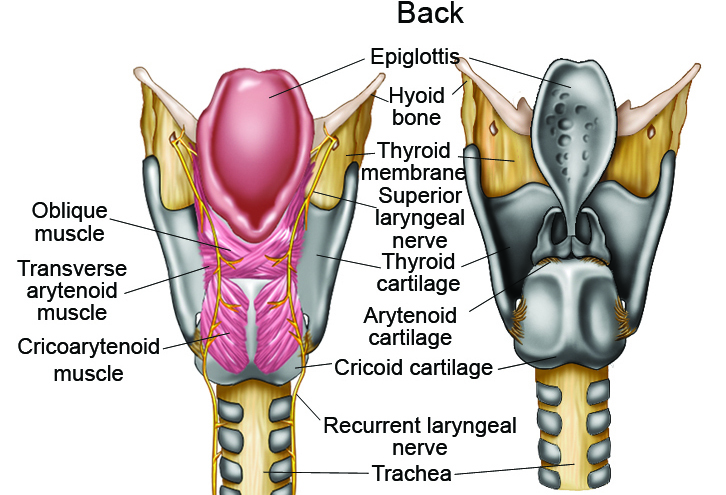 Damage to the RLN will cause vocal fold paralysis. If an RLN is severed or damaged, the vocal fold on the same side will become flaccid and immobile. The extent of the paralysis depends on the severity of the damage. This, in turn, determines whether it’s the abductor or adductor muscles – or both – that are impaired. Damage may be unilateral or bilateral.

If both nerves are damaged, this can be life-threatening as the paralysed vocal folds will impair breathing and fail to prevent foreign bodies from entering the trachea and ultimately the lungs. 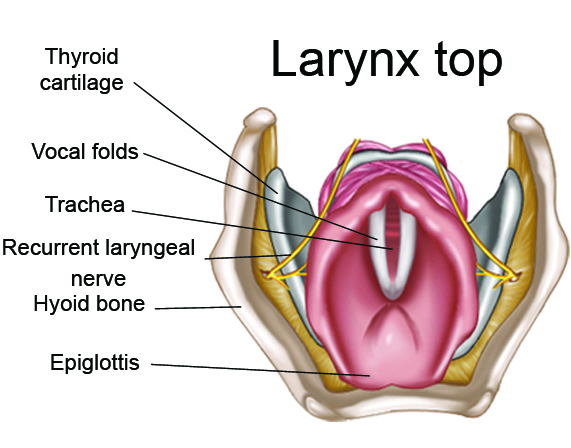 There are several ways a nerve may be damaged. It could be due to:

Damage may be permanent or temporary depending on the original cause.

As with most vocal pathology, you may experience voice changes, pitching issues, range limitations, pain, vocal fatigue or voice loss. Only an ENT/laryngologist can provide a correct diagnosis.

To finish on a lighter note

Q: To which US city does the longest cranial nerve like to go on holiday?

If you’re a full BAST Training member, log-in and watch Stephanie Moore’s webinar Managing Reflux the Natural Way, or sign up to become a member today.