Working with defensive and hesitant singers 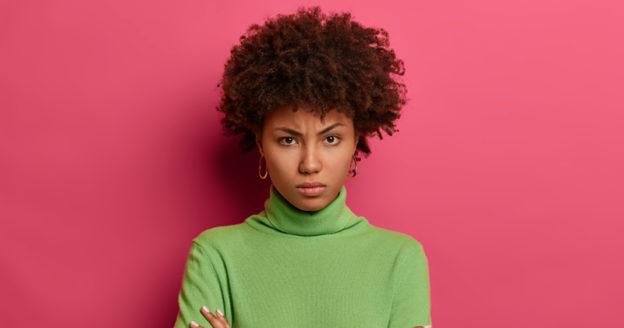 Working with defensive and hesitant singers

What makes a singer reluctant to take the advice of their teacher? Here are two case studies for dealing with defensive and hesitant singers.

Imagine this: 28-year old Jemima Jenkins arrives for her third singing lesson with you. She’s a professional gig singer recently landed a job in Royal Caribbean’s onboard cast of the musical We Will Rock You.

During singing, you notice that Jemima has a clenched jaw which tends to jut forwards and, as a result, you recognise some visible and audible tension. Straight after this session, you welcome another client: 23-year old Dennis Duke, a hobbyist singer who had never had lessons before he started working with you last month. You note that he sings (nervously) with thyroarytenoid (TA) dominance and takes high clavicular inhales.

You’re confident that you have an efficient plan of action in place to help both Jemima and Dennis with their individual goals and needs. However, despite their differences, both singers are similar in their reluctance to try out your suggestions. They say that the sensations they feel during singing are “awesome”, “normal” and “rated 5/5” when your senses suggest something opposite. You decide that this behaviour can no longer be assigned exclusively to first lesson nerves and seek assistance.

Taking a brisk walk down Baker Street, we can ask ourselves a series of questions, the answers to which might help us conduct our sessions with Jemima and Dennis more efficiently:

The four stages of learning:

“The four stages of learning” dictates that, in order to be perceived as an expert at a specific skill, a person goes through four stages of competence:

Dennis the Newbie: What could be triggering his behaviour?

Jemima the Professional: What could be triggering her behaviour?

Both Jemima and Dennis evidently want our help as they’re willing to part with their hard-earned cash to better their skill. Not many people will commit to paying £30+ a week to be told they’re faultless and have a larynx which has been kissed by the angels. Therefore, we need to use our coaching tools to communicate appropriately with our singers:

Language: Choosing helpful language like: “I wonder what would happen if we tried…”, “let’s see what happens when we…” and “what do you think about…” may help to reinforce a sense of partnership with our singers, and turn the studio into a laboratory where experiments take place together.

Ask for their opinion: Even though we may have established ourselves authoritatively in our business marketing, advertising ourselves as the go-to vocal coach in our area, the learning is rarely one-sided. We are constantly being educated by the singers we work with. Asking Jemima and Dennis for their opinions and getting them to share their ideas may cement the feeling of teamwork. In Jemima’s case, it may give credence to her as a professional vocalist and her deserving success.

The way in which a person registers sensation and perception is quite individual. For example, Jemima might step on a plug and howl a few curses before continuing her day whilst Dennis might cry in pain and end up with a 24-hour limp (I’m with Dennis on this one!). Both individuals have differing pain thresholds, so it’s likely that the sensations one vocalist perceives as comfortable and released won’t be described as such by another. Therefore, if we can refer to a criteria against which we can measure the singer’s sensations and audio, it might help us gain a clearer perspective.

Playbacks: As we are aware, bone conduction means that what we hear inside our heads when we speak and sing isn’t an exact replica of what is communicated to the audience. Therefore, listening to or watching a recording of the performance or exercise can help us to question the sensation vs the audio, as well as help to refer to the criteria above more effectively. We could also reference videos of other singers performing the song in a way which adheres to the criteria, however with the intention of avoiding negative “comparison-it is”.

Negative practice: The tactic of performing a task at the two extremes allows the singer to feel sensations both weakly and in excess as a way to find the optimal medium. This approach may help the singer to identify more clearly if what they are feeling is too disconnected or has too much tension for their desired outcome.

Everyone has their own traditions. Take Christmas, for example: you might religiously watch It’s a Wonderful Life with your grandparents every Christmas afternoon, or you might be the family who has opened all of their presents by 7am. Anyone who does it differently to you is weird. However, if we were open minded to different traditions and were willing to try them out, we might just rediscover the magic of the festive holiday. As vocal coaches, we understand how important it is for our clients to offer their co-operation and willingness to learn. If we can utilise the tools in our toolbox to encourage Jemima and Dennis to be open-minded and try something outside of their vocal traditions, they may be able to unlock some exciting potential.

As ever, there are many ways to approach the different scenarios we are faced with, so if you would like to share how you conduct sessions with your Jemima Jenkins’ and Dennis Dukes’ then you can find me and the BAST trainers in the BAST Facebook group.