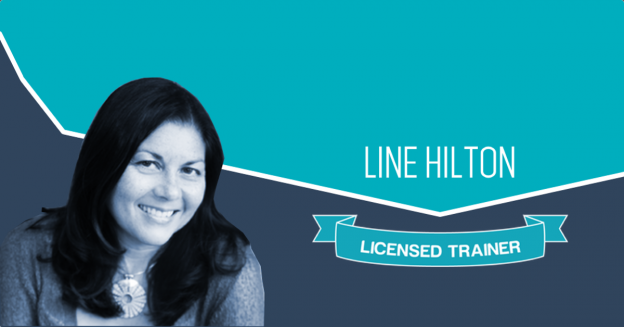 Why I became a singing teacher: Line Hilton

As with many singers I started off believing I was going to “be famous”. It was a very vague and undefined goal, and given that I started as a clarinetist and ended up choosing the jazz route I was unlikely to be able to attain the kind of commercial success that a pop/rock singer might do. I hadn’t really thought that out too carefully! In addition I spent my first few years of adulthood training as a registered nurse, so singing took a back seat. When I returned to singing, in my mid 20s, not only had my time passed but I began by having lessons with a classical teacher. She was great at encouraging me to compete in local Eisteddfod’s and audition for light classical (Gilbert and Sullivan) and musical theatre productions. I managed to audition successfully for a few shows and even won a few Eisteddfod competitions, which built my confidence, but I knew my heart wasn’t in it. I enjoyed performing and singing but not these styles, in addition I wasn’t able to sing with the strong, edgy voice “Aretha-esque” I so dreamed about having. After about 6 years I moved to a teacher who could help me to understand how to sing jazz. I’d always been interested in jazz even as a clarinetist but couldn’t figure out how to learn to play it – my clarinet teacher told me I had to know every single scale that existed in the world before I could play jazz – that seemed unattainable and overwhelming as a 13 year old. Of course I now realize what he meant was HE didn’t know how to play jazz, so nor could I! Whilst I loved singing jazz I still couldn’t seem to get the information I needed to strengthen my middle voice.

Once I found a jazz I was hooked. I went on a pilgrimage to learn everything I could about jazz music and singing. This eventually led me to recognizing I wanted to be a professional in the music world. I undertook a four-year music degree in jazz and education. I chose education as by that stage I had already had quite a few years of performing experience, taking the pragmatic approach I realised that no one was going to give me a gig just because I had a performance degree. As with many musicians I began teaching to supplement my income.  I also continued working as a nurse, I wasn’t quite ready to totally give this up as I still didn’t know if I would be able to make a full-time living from music, so many don’t.

I pursued the performing route for several years, whilst also teaching. Then a couple of things occurred. I was living in New York when 9/11 happened. For a while I lost the desire to sing, it felt so superficial and self-serving. So I turned  to teaching more, but then I realised I was inadequately skilled or educated in helping a singer in the contemporary genres as I myself had a huge gap between my chest and head registers. This was not so problematic in jazz as it is possible to change the key of the song to suit one’s voice. I knew this was a limitation and it frustrated me. By this stage I had already had four teachers none of whom had been able to help me in this area, I assumed, as many singing students do, that this was my fault.

Eventually I discovered a vocal technique for contemporary voice and whilst I was in America I decided to train in this process. It helped me not only with my own voice but also gave me a good foundation for contemporary vocal pedagogy. Around this time I also had a little bit of an epiphany. I was at a gig with some singer friend’s watching another singer. They began talking about how they could sing better and how she was off key. I noticed that I was thinking, “I know how to fix her voice”. That moment helped me realise that my interest and passion was not in performing and being on stage, but in helping singers. I felt passionately that other singers should not have to take the long arduous journey that I took to find how to unite that gulf between chest and head voice. So I committed to becoming the best teacher I could and so began my journey as a singing teacher.