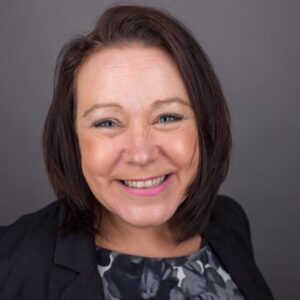 Kat Stephens has been teaching voice for over 15 years, she is the founder of Serendipity Singing Studio in the Midlands teaching all ages and specialising in young, developing voices.

After teaching at top Performing Arts schools around the country, including Redroofs Theatre School and Jackie Palmer Stage School. Kat founded her own independent Academy for Performing Arts – Aspire Arts Academy in 2014, where she led a team of specialist teachers in delivering Musical Theatre training to over 80 pupils, and directed two incredible productions of Lion King Jr & Aladdin Jr.  Kat continues to act as a mentor for Aspire Arts Academy, offering her guidance and expertise.

Kat is a singer-songwriter, ukulele enthusiast and ladies singing group leader (Songbirds) who has been teaching voice for over 15 years. Kat has performed professionally in Jazz, Cabaret and Musical Theatre settings, and has featured as a solo artist in big bands, quartets and duos, as well as recording her own material/jingles for radio. In collaboration with Fitdog Recording Studios (who she continues to work with today), Kat has managed multiple song-writing & recording projects for young people, including events to raise money for the local community. Kat launched ‘FunRaiseSing’, which invited participants to write and record their own song with the album proceeds being donated to Children in Need and Towcester Youth Coffee House. The songs created were then performed live at a state of the art theatre with input from music industry specialists Rachel Furner, John Donovan and Julie Gossage.

To feed her passion for voice and to ensure that she is well-informed with the most current vocal science and pedagogy, Kat is dedicated to her own continued personal development through the likes of Vocology in Practise and John Henny’s Contemporary Voice Teacher Academy. As the BAST Events Director, BAST Trainer and vocal coach, Kat’s mission is to help singers improve their confidence and self-belief as well as developing their instrument; to inspire, educate and motivate singing teachers to build their voice studios, and to help them flourish in their chosen vocation.