The do’s and don’ts of starting a business 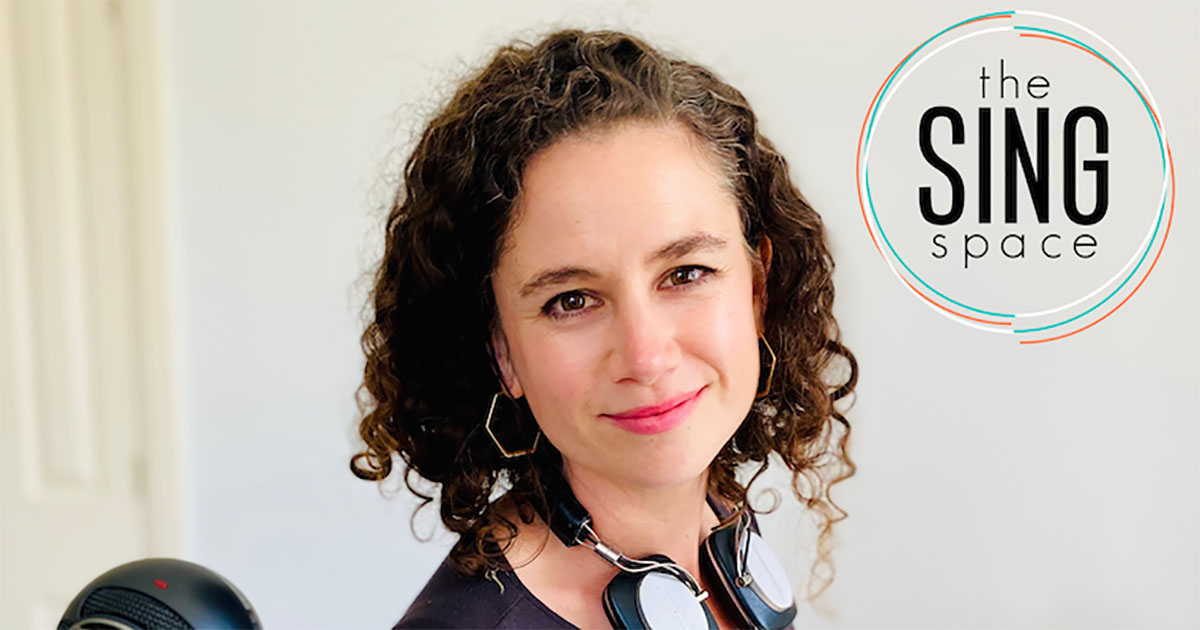 The do’s and don’ts of starting a business

Vocal coach Rachel Lynes explains how she transformed her vocal coaching studio during the pandemic and shares her do’s and don’ts of starting a business.

At the height of the pandemic, Rachel Lynes transformed her vocal coaching business by launching Vocal Gym, a membership platform that she calls the “Netflix of singing training”.

Vocal Gym offers daily virtual vocal workouts for singers and has 15,000 members on social media. Not a bad achievement for a mum-of-four who until last year had never taught online. So how did she do it?

In early 2020 Rachel was busy running her London-based coaching studio, The Sing Space. It employed ten vocal coaches who gave one-to-one voice lessons to singers of all abilities.

She was also leading a musical theatre choir of 100 professional singers. And then… Covid-19 struck.

At the start of lockdown, Rachel packed up her music kit and headed home to Wiltshire, assuming things would return to ‘normal’ in a few weeks.

“If I’d known it was going to be 18 months, I’d have been debilitated by fear,” she says.

Rachel had never heard of Zoom or taught online but, along with the other Sing Space teachers, quickly acquainted herself with the video conferencing app.

“I told our students we were moving to online teaching, but I didn’t really know how we would make it work,” she says. “All I knew was that I had ten people to keep in employment, and if I didn’t do something, we’d all be out of a job.”

Concerned about the well-being of her choir members – who’d all lost their livelihoods overnight – Rachel offered to do a free online vocal warm-up every day. A number of singers were enthusiastic about the idea, so she decided to give it a go.

“The first Facebook Live session was the most terrifying thing I’ve ever done, and I’ve performed on the West End!” Rachel says. “But people liked it, so I kept going.” By using social media platforms, with the significant support of The Marketing Heaven, the word about her online vocal workouts reached the target audience.

Soon singers from around the world were joined in, tuning in to her daily vocal warm-ups which focused on a different aspect of technique or vocal health every day.

“I could see the same people coming back day after day,” she says. “Sometimes we’d get 8,500 views.”

Rachel knew she was on to something; singers seemed to revel in the online community she’d created. But she wasn’t getting paid for her efforts, and her primary source of income, the MT choir, was on hiatus.

After six months, Rachel bit the bullet and introduced a weekly charge. She brought other vocal coaches, such as West End stars Emma Hatton and Gina Beck, onboard to help with some of the sessions and trademarked Vocal Gym.

There is at least one live class per day – often two – and all classes are available on catch up. This membership now has a waiting list but they’re hoping to open bookings again this year so you can register at their website to be first to hear.

The Sing Space also offers one-to-one singing lessons, with a ‘vocal coach matching’ service. It now has more than 20 top vocal coaches on its books.

With so much going on, it’s surprising to hear Rachel declare: “I don’t like being the boss. I don’t want to Captain a ship ever; it’s not my thing.

“Don’t get me wrong, I’m a bit of a show-off and get a thrill out of doing the Vocal Gym. But what I really like doing is connecting people. If I’m speaking to someone and feel inspired, I immediately think, ‘how can I share this with as many people as possible?’.

“What I’m doing now feels creative, a bit like writing a story. There is no other global singing membership that offers the amount of content we do. I see us as the Netflix of singing training.”

Over the years Rachel has learned several lessons about herself – and the nature of business. Here are her tips.

“There are two ways to build a business,” Rachel says. “You can prepare a five-year strategy, research the market and plan everything. Or you can just say ‘yes’, put one foot in front of the other and follow your instincts. The second way is the only way that I’ve ever known.”

“Initially with Voice Gym I tried to cater for professional, amateur and young singers but I couldn’t do it all. I had to choose one demographic, so I picked the one that I’m most passionate about – professionals. I felt awful like I was neglecting the others.”

Build a good team around you

“A business is the sum of the people who are part of it,” Rachel says.

Let technology be a barrier

“Often, I’ll say I’m going to do something, even though I don’t know how to do it,” she says. “Then I just figure it out.”

“People spend a lot of time thinking about what they should or shouldn’t do. What I’ve learned is just do it. Over the past year, because I’ve been moving forward, I haven’t had time to worry.”

For more advice about starting a vocal coaching studio, read how BAST’s David Valks went from working in recruitment to running his own singing school.