Songwriting: How to get started and why you should collaborate ⏱ 3 mins 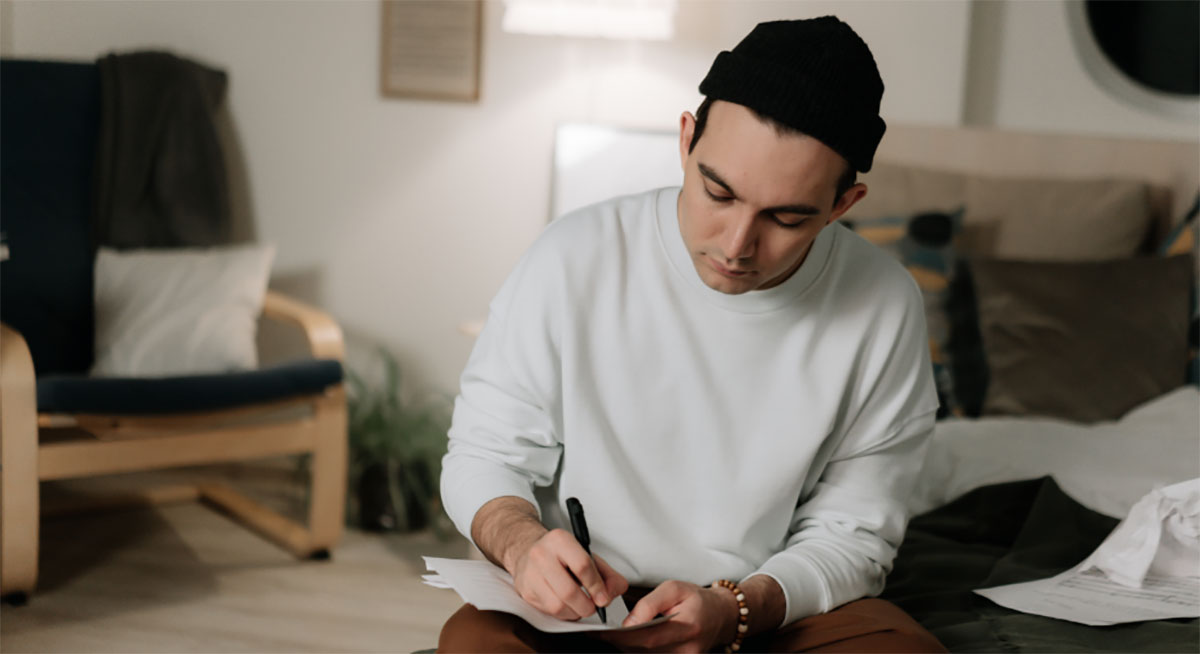 Songwriting: How to get started and why you should collaborate ⏱ 3 mins

But top writers understand that these early, half-formed ideas are just that: tiny sparks of inspiration that may – or may not – evolve into something more substantial.

As Moss explains in the Singing Teachers Talk podcast, all ideas have value. If you wake up in the middle of the night with an idea for a melodic hook, record it on your phone. If a catchy phrase comes to you while you’re running an errand, write it down.

Later, after a bit of editing and polishing, some of these nuggets might evolve into beautifully crafted songs. Others could turn out to be dead-ends (and if they are, so what?). The key is not to censor your thoughts before they’ve even made it onto the page.

“The main thing that holds us back is our fear of writing bad songs,” Allie says. “We expect the first thing we write to be our favourite song, and then it’s not – and so we’re discouraged and don’t write again for six months.

“I want to encourage people to write a lot. If you’re only writing two or three songs a year, the pressure you put on that song to be good is so high. If you do it often, then when you write a song that you don’t like, it doesn’t matter that much because you know you’re going to write another song next week.

“The more you write, the better you write. The way to get past the fear is by doing it.”

In the podcast, Allie also discusses:

“I really enjoy the collaborative process. There’s a beauty that happens in that ping pong.

“I usually share a Google Doc with my collaborators. It can feel scary to put your ideas on the page or say them out loud. But often, a thing I think is bad isn’t bad. Or if someone says ‘no, not that line’, it gives them an idea and we have this back and forth, that wouldn’t happen if I hadn’t put that bad idea on the page.”

“Get it on the page – you can always leave it and come back to it. And if it still makes you feel vulnerable, you can edit that verse or that thing or not show it to anybody. But allow yourself to go through it and then decide.”

“I’m most inspired when I’m sitting at an instrument. When there is some sort of chord progression happening, that’s when melody will come to me, or when I have a line of lyric, and I can play with how that could be sung. If I didn’t sit down to write songs, I would not write songs.”

In the podcast, Allie also talks about:

Listen to the podcast, The songwriting journey with Allie Moss, here.