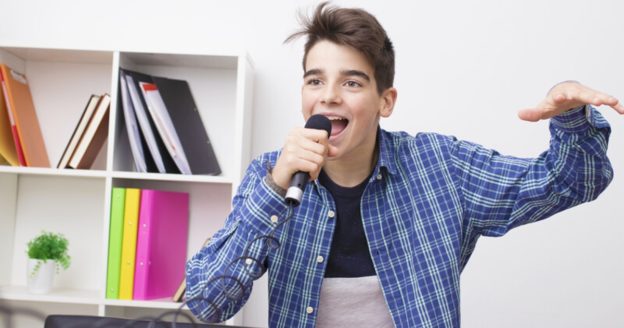 How to encourage your students to practise

“So, tell me,” says the singing coach with a smile. “How have you got on since our last session with the practise we set?”

Oliver: “I forgot to do the vocal exercises, but I sang my song a few times.”

Pippa: “I’ve been really busy this week so I haven’t had time to practise.”

Rani: “Oh, I didn’t know that I was supposed to practise anything.”

Kamal: “I did practise a few times, but my Dad said I sounded bad.”

Johnny: “I was about to practise when a brightly coloured laser beamed me into the quantum realm where I spent the rest of the week floating around wearing a pink lycra suit and crocs.”

Motivating practise in students and helping them to understand it as integral to their craft is a tricky part of the trade – and one which has rendered me slightly wrinklier as a result. Let’s turn to the famous family of W’s (and an H) for some advice:

WHY should our clients practise?

There are three stages to motor learning: cognitive, associative and autonomous. An article in PLOS Biology’s scientific journal (named ‘Motor Learning Unfolds over Different Timescales in Distinct Neural Systems’) author Janelle Weaver explains that: “in the first stage, movements are slow, inconsistent, and inefficient, and large parts of the movement are controlled consciously. In the second stage, movements become more fluid, reliable, and efficient, and some parts of the movement are controlled automatically. And in the third stage, movements are accurate, consistent, and efficient, and movement is largely controlled automatically.” It is through the repetition of sensation via vocalises, for example, that we can arrive at this latter state, singing in a way which is ‘automatic’ by drawing on information now stored in the brain’s subconscious or ‘muscle memory’. By the same hand, inefficient habits can be committed to muscle memory too, so ensuring that we can replace them by practising better co-ordinations is important.

WHO should be practising?

We may find it beneficial to chat to the parents or guardians of our younger singers so that we can work together as a collective to motivate the singer in order for them to progress their skill optimally. If the singer is younger than 8-years of age, I like to encourage a parent to sit in on the singing lesson. This way, I can involve the parent in such a way that they can play a part in positive practise at home.

WHERE should they practise?

Similarly, if our students aren’t able to practise because their brother can’t stand the sound of a tongue trill siren, or because their Mum works nights and can’t get to sleep with the racket of an octave arpeggio hum on repeat then this may well contribute to their lack of growth. We need to help our students find pockets of time to spend in an environment where practise is allowed to be just that – whether that be in a classroom in school break times, or in Grandma’s bathroom.

WHAT should they practise?

The great thing is: practise doesn’t have to be boring and doesn’t require hours of attention. It can include a variation of the following, sandwiched between a warm-up and a cool down:

In his youtube series ‘Voice Lessons to the World’, founder of New York Vocal Coaching Justin Stoney says: “I want your quality of practise to be much more important than your quantity. You could practise for shorter lengths: 20-30-minutes a day, 6-days a week and, if you’re doing quality practise, you’re going to get better really fast.”

That could be a train journey better spent rather than scrolling through social media to learn what Darren had for his dinner.

We all live with automatic habits: I have a cup of tea every morning, and I continue to bite my nails after approximately 27-years of doing so.  A study into habit forming was conducted by Phillipa Lally and was published in 2009. The study found that it took between 18-254 days for 95% of the participants to arrive at the stage of habitual behaviour. Therefore, this indicates that the process of motor learning is quite individual but that reaching ‘automaticity’ is achievable if we are disciplined to stick with it. If our clients can be encouraged to adhere to an efficient practise routine, eventually,  it may well become as habitual as brushing their teeth.

HOW else can we help motivate practise?

In ‘The Diagnosis of Vocal Faults’, James C. McKinney states: “If you know what is causing a bad sound, you nearly always can correct it, provided the student is giving you his full cooperation and really wants to make the change.”

Sometimes, a singer won’t demonstrate commitment or offer us their full cooperation and there could be many reasons why: teenage dramas, family problems or anxiety, for example. Other times, it could simply be a negative work ethic –  however, we can’t make assumptions.  Some teachers fear that it will reflect badly on them, and it can be hard to separate our own high standards and expectations from those our clients hold. If we have worked through many options and the singer still doesn’t wish to cooperate, it doesn’t make us bad teachers. Some may continue to work with that singer, whilst others make the decision to part ways and refer them on, and that choice is likely very individual and business dependent. There’s that old saying:  “You can lead a horse to water, but you can’t make him drink.”

If you have any questions or comments, or if would like to share your approaches to motivating practise in your students you can find me and the BAST trainers in the BAST Facebook group.