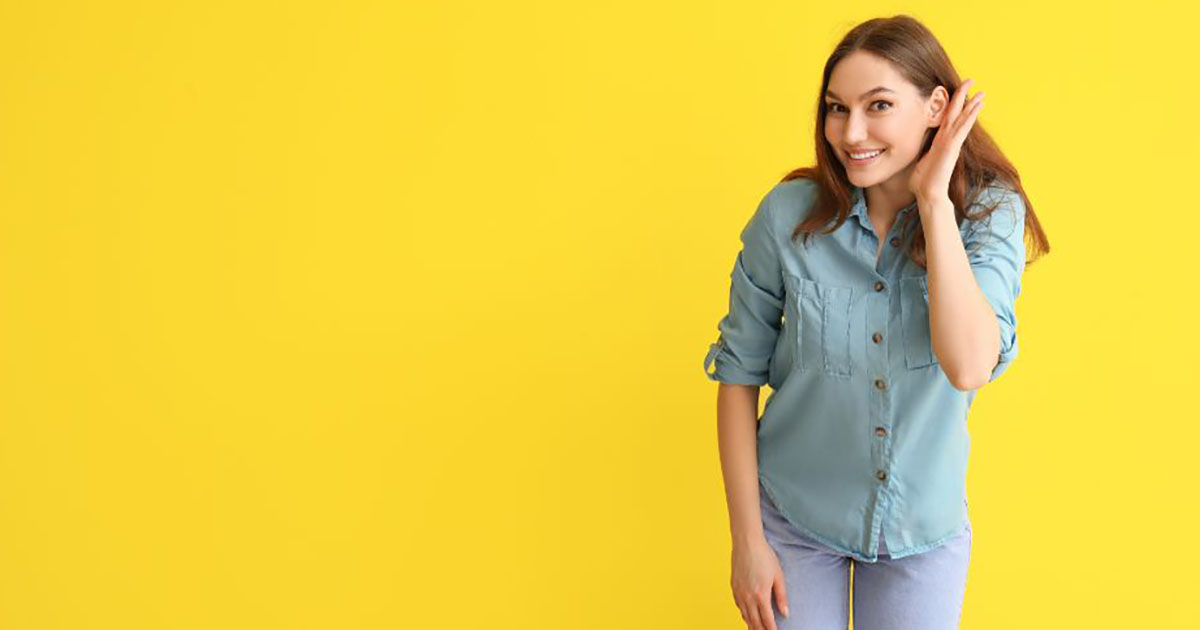 Hearing Health: How Safe is Your Teaching Environment? ⏱ 2 mins

Singing teachers could be exposed to dangerous levels of noise at work. Researcher Carrie Birmingham explains why.

When it comes to hearing loss in the performing arts, the figures are stark. Musicians are four times more likely to experience noise-induced hearing problems than the rest of the population.

And yet, in the music industry, the subject of hearing health is sometimes overlooked – until it’s too late and the damage is done.

Sustained exposure to sound at a volume of more than 85 decibels can cause permanent damage. Putting that into context, the music at some venues tops 100 decibels – and that’s just if you’re in the audience. Imagine what it’s like if you’re a singer on stage with instrumentalists.

The role of vocal coaches

Singing teachers have a prominent role to play in educating vocalists – especially those who gig in venues where the music is bone-shakingly loud – about the risks.

But, as vocal coach and hearing health researcher Carrie Birmingham points out, singing teachers need to be aware that they could be at risk too.

If you often teach in a small studio or pokey practice room, it’s possible that you’re being exposed to dangerously high noise levels.

“If it’s happening once every six to eight weeks, it’s not necessarily going to cause permanent damage,” Carrie says. “But if you find that you’re in a daily or weekly scenario where you are exceeding the recommended level of decibels, the chances are that you are causing permanent damage to your hearing. Generally, you will not see the effects of that loss for seven years.”

Use a decibel monitor

When Carrie teaches, she wears a Soundbrenner watch, which has a decibel meter.

“It’s important that teachers and coaches, as well as performers, are aware of their exposure levels. Even as a teacher who works away from any kind of gig situation, my decibel meter goes off at least three to six times a day. When that happens it means that I have been teaching in acoustic spaces where I have been exposed to more than 15 minutes of sound at 85 decibels.”

There are also phone apps that measure decibels. While these are not always 100% accurate, they do give some indication of the level of noise in your environment.

And if you gig as well as teach, it’s well worth investing in hearing protection. Help Musicians UK runs a scheme for professional musicians. For just £50, you can get an audiological assessment with a hearing specialist and a pair of custom-made earplugs. Read more about the scheme here. Learn more about the benefits of in-ear monitors by watching this video here.

Listen to our full-length interview with Carrie

To learn more about Carrie’s efforts to raise awareness of hearing health, tune into the Singing Teachers Talk podcast.