Ep.26 The secret of authenticity with Nigel Richards 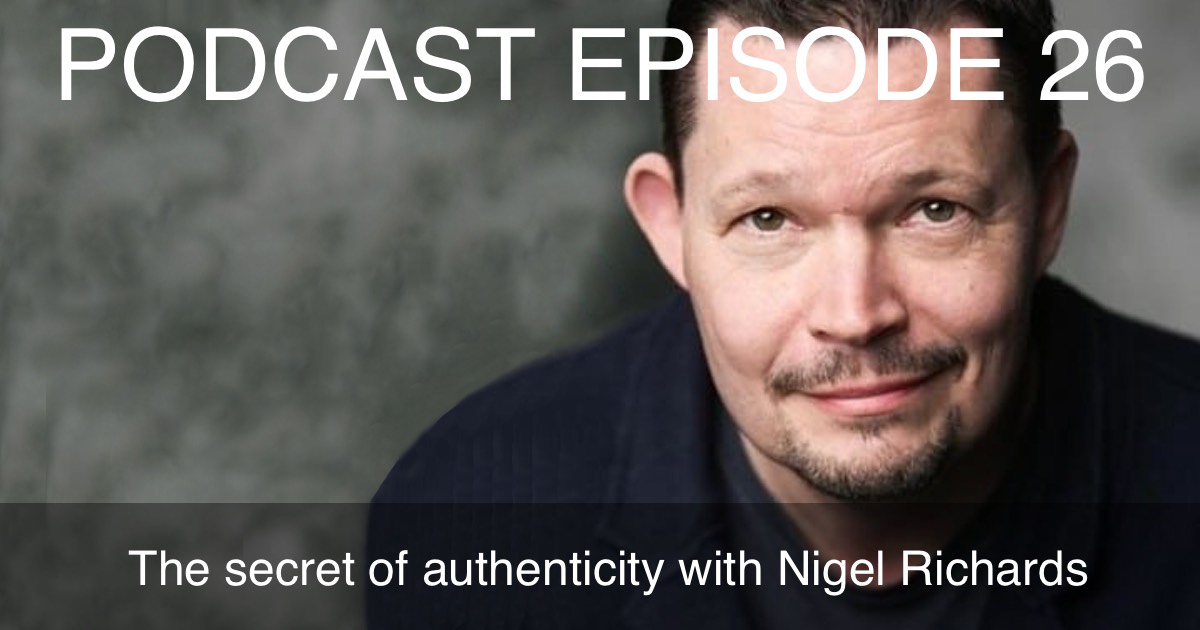 Ep.26 The secret of authenticity with Nigel Richards

During lockdown Nigel has been very busy helping college students to finish off their performance years, online. Having never taught online he discusses the challenges he’s encountering and how he’s dealing with them. He advises how a teacher can help the student prepare for college auditions. Nigel discusses the vocal and physical challenges he encountered whilst playing the lead role in Phantom of the Opera, travelling and performing, his pet performer peeves and how he deals with the fact he’s the least well known Guildhall graduate of his year! Finally Nigel gives his top tips for how a teacher can bring out the best in their student’s performances.

Nigel is a veteran of 8 West End shows, both plays and musicals, including the Phantom in Phantom of the Opera. He has had an eclectic career, from touring the world in Tom Waits The Black Rider to singing Weil at the Royal Opera House, Figaro in Vienna, and as soloist at the John Wilson Orchestra Proms.

Since working with Bernstein whilst studying at the Guildhall, Nigel has concentrated on new writing and nurturing young composers, culminating in his solo album, A Shining Truth.He has also been teaching singing, and ‘acting through song’ for over 15 years privately and at many of London’s top Musical Theatre schools.