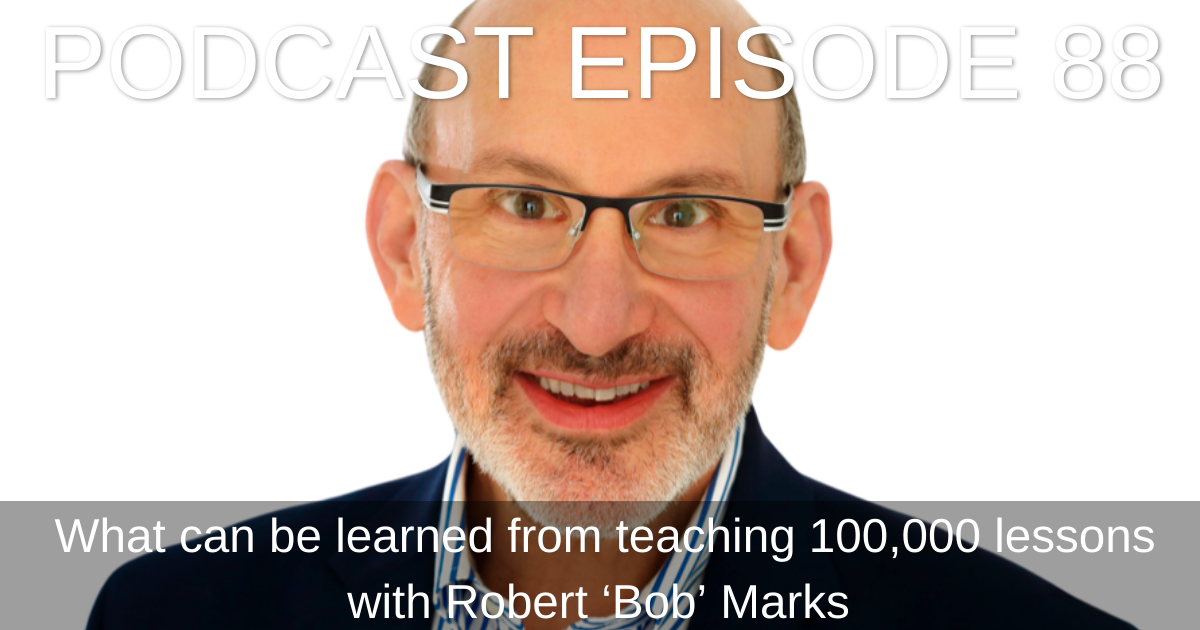 Today Alexa is joined by Robert ‘Bob’ Marks, a voice teacher, coach, conductor, arranger, author and director. His extensive career has seen him act as a musical director for over 200 productions and his clients have included Ariana Grande, Ricky Lake, Sarah Jessica Parker, Natalie Portman, Britney Spears, and Ashley Tisdale. His writings have appeared in the Journal of Singing and he has recently published the book 88 Keys to Successful Singing Performances with co-author Dr Elizabeth Gerbi.

BEST MOMENTS
‘I learned a lot. I learned from my mistakes. I learned by my successes’
‘Now we know that the idea that if you sing opera, you can sing everything is not necessarily true’
‘Once people know who you are, they start calling’

ABOUT THE GUEST
Robert (“Bob”) Marks is a voice teacher, coach, conductor, arranger, author, and director. He holds a degree in speech and voice pathology and has taught at the American Musical & Dramatic Academy and the Weist-Barron School in New York. He has given workshops, Master Classes, and seminars internationally. His articles have appeared in several publications, including the internationally recognised Journal of Singing.
He has been the musical director of over 200 productions across the country, including every style of music, from Kismet to The Rocky Horror Show. He has coached cast members of almost every current Broadway musical, and former students have included Laura Bell Bundy, Kerry Butler, Debbie Gibson, Ariana Grande, Nikki M. James, Ricki Lake, Constantine Maroulis, Lea Michele, Sarah Jessica Parker, Natalie Portman, Christy Carlson Romano, Jamie-Lynn Sigler, Britney Spears and Ashley Tisdale.
He was a pianist with the Broadway and national companies of the hit musical Annie, and spent two seasons as the Associate Conductor of the St Louis Muny Opera, working with such stars as Shirley Jones, Paul Williams, Carol Lawrence and Vincent Price. Recently, he published a book with co-author Dr Elizabeth Gerbi, 88 Keys to Successful Singing Performances which is available on amazon.com