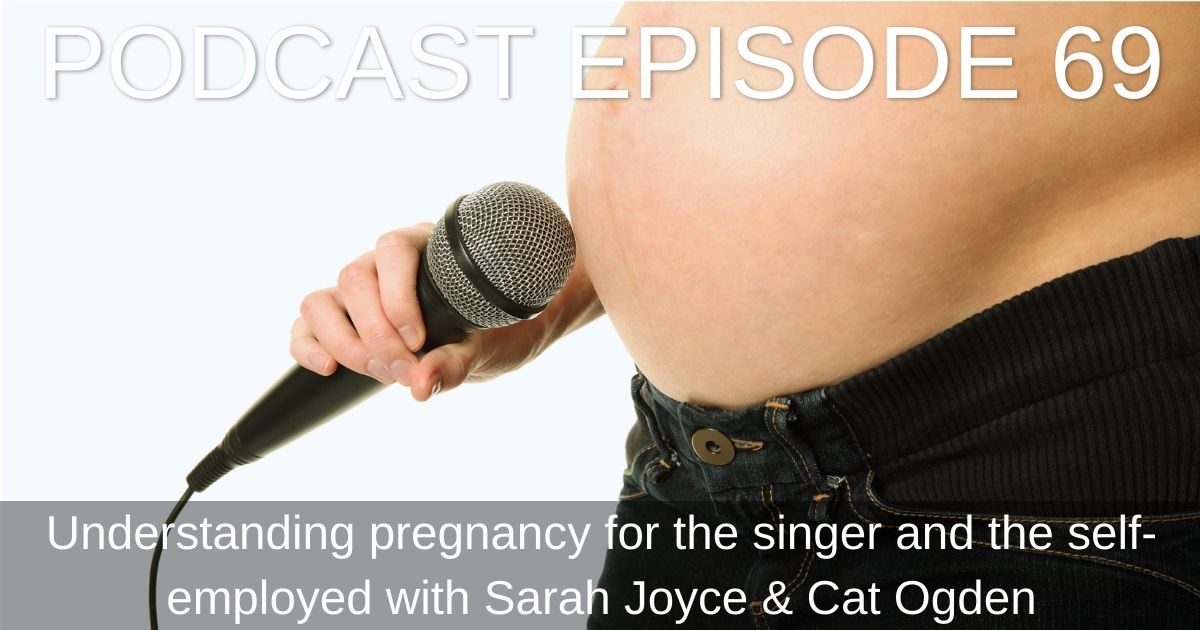 Ep.69 Understanding Pregnancy For The Singer And The Self-Employed With Sarah Joyce & Cat Ogden

Something a bit different this week as Alexa is joined by two guests. Cat Ogden is a singer and vocal coach who specialises in singing for mental health and well-being, and she is alongside the founder of Sing Now, Sarah Joyce. As you’ll see from the episode title, congratulations are in order as both guests on Singing Teachers Talk are expecting, so the topic of conversation is all around understanding pregnancy for the singer and the self-employed.

‘I was literally vomiting either side of lessons’

‘Acid reflux through trimesters 1, 2, and 3 was a really big one for me’

‘When it comes to performing, I’m more relaxed than I ever have been’

On graduating from Guildford School of Acting in 2008, Sarah made her West End debut in Zorro at the Garrick Theatre, covering and playing the lead female role, Luisa. This was followed by a world tour as a principal singer on board Cunard’s renowned Queen Victoria. Sarah then toured the UK with the 25th-anniversary production of Phantom of the Opera, covering and playing Madame Giry, and appeared in the London Palladium production of Scrooge starring Tommy Steele, where she played Mrs Cratchit.

As well as running her own choir in Surbiton, Sarah gigs with the London Contemporary Voices and is the lead singer for the Soultanas, funk & soul band. In addition, Sarah enjoys working as a vocal coach at her studio in Guildford as well as teaching at Italia Conti and the University of Creative Arts. She holds a certificate in vocal health first aid from Vocal Health Education and is now a Vocal Habilitation Professional.

Cat Ogden trained at UCLan in Music Theatre and is currently studying for a Master’s in Voice Pedagogy with the Voice Study Centre. She specialises in teaching children and young adults, and in singing for mental health and wellbeing. Cat has a certificate in mental health first aid, and vocal health first aid and has completed the BAST 20-hour course. She lives in Cheshire.