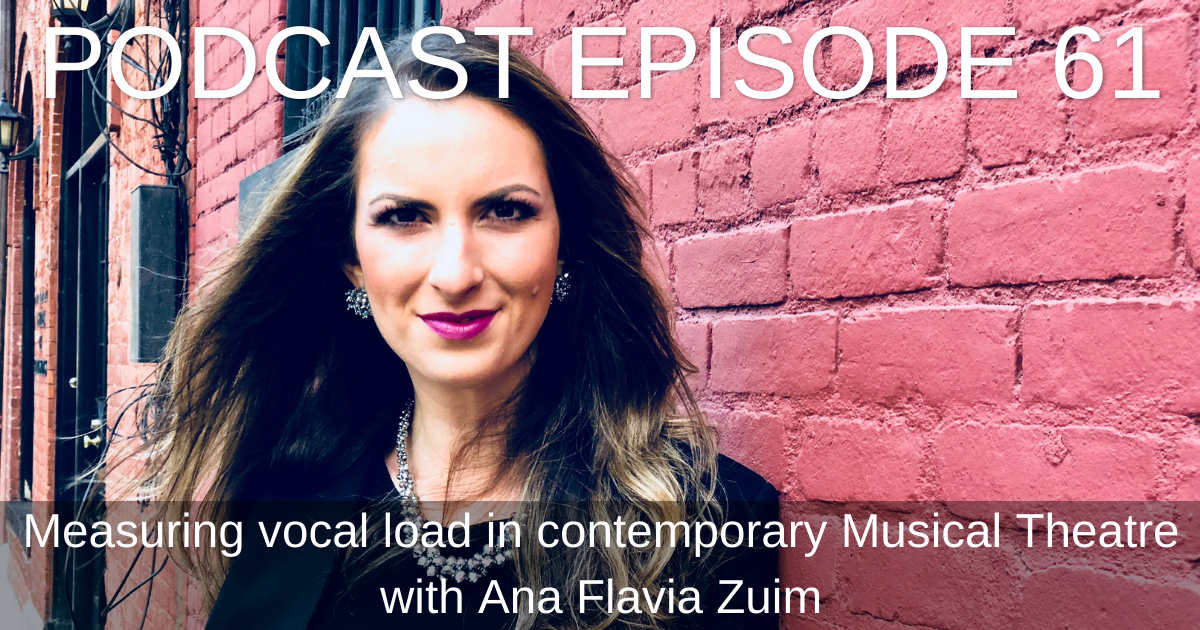 Ana Flavia Zuim is a multi-award winning musical director and conductor, musician and associate director of vocal performance at NYU. Her credits include the likes of associate conductor and vocal coach for Billy Elliot tours in the USA and the rehearsal pianist for Hamilton on Broadway. Ana joins Alexa this week on Singing Teachers Talk to discuss her work as a researcher in the field of forensic voice analysis.

‘I don’t know if educating will change critics’

‘The stimaga about voice and voice injury is real’

Ana Flavia Zuim is a multi award-winner musical director/conductor and an accomplished pianist, vocologist, electric bassist and expert witness. She serves as Associate Director of Vocal Performance at NYU, Steinhardt. Dr Zuim holds a bachelor’s degree in music from the State University of Londrina (UEL), a master’s in piano performance (Lynn University, 2006), a doctorate – PhD in Fine and Performing Arts (Florida Atlantic University, 2012) and a Vocology certification (University of Utah, 2015).

Prior to joining the NYU faculty, Dr Zuim served as Director of Contemporary Voice at the Frost School of Music with a secondary appointment as Lecturer of Otolaryngology at the Miller School of Medicine, University of Miami.

She is an active researcher and has worked in several productions including the Broadway musical Hamilton (Rehearsal Pianist – since 2016), the Broadway Across America tours of Billy Elliot (Associate Conductor/Vocal Coach, 2012), Joseph and the Amazing Technicolour Dreamcoat (Keys, 2013), among others.

Her knowledge of voice science and acoustics, combined with her passion for languages paved the way for forensic voice analysis. She has served as an expert witness for cases involving both singing and speech, including a death threat case, contributing within her scope of practice to furthering a more just legal system in which evidence is evaluated through evidence-based, data-driven science.