What Is Vocology? - BAST - Be A Singing Teacher Skip to content 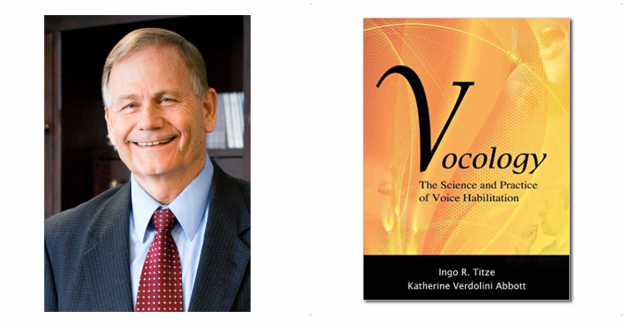 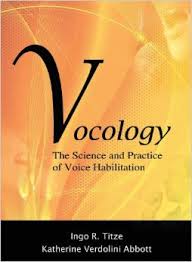 The term ‘vocology’ is being used increasingly in the voice and singing world. The word originates from voice scientist, Dr ingo Titze, who even has a book titled ‘Vocology. The Science and Practice of Voice Habilitation’. As singing teachers we deal with vocalisation on a daily basis so it makes sense that we understand the implications and uses of vocology in our teaching.

Following is a definition and meaning of the word by Dr Titze himself. This comes from a letter he wrote to the members of the Pan American Vocology Association, a group of voice professionals from all voice related vocations including Vocologists, SLPs, ENTs, Professional Singers, Voice Teachers, Voice for the Actor Coaches and Voice Therapists.

In Dr Titze’s webinar he talks about the importance of vocology to singing teachers and singers and answer questions on vocology and singing pedagogy. Click button below to see the webinar.

In its broadest definition, vocology is the study of vocalization. Vocology includes the exploration of the full capability of human and animal sound production, some of which is embedded in human speech.  Vocology also includes the mechanical and electronic simulation of vocalization. For professional practice, a secondary definition of vocology is the science and practice of voice habilitation. This definition has been in existence for over two decades (Titze, 1994, 2000; Titze, 1996; Titze and Verdolini-Abbott, 2012). Voice rehabilitation has currently been included in the mission statement of PAVA, but is not part of the definition of vocology.

Many vertebrates vocalize to:

Not all vocalization is habilitated naturally or socially, without intervention. Such intervention includes voice training for special skills as well as rehabilitation when injury and disease has altered the system.  Singing, chanting, calling, healthy screaming, ventriloquism, auctioneering, impersonation, vocal disguise, or imitation of animal calls, are all in the purview of professional habilitation. Habilitative vocology also includes the investigation of multiple sound sources in contemporary singing, as well as differences between electronically amplified and unamplified voice production. Vocalization for emergency dispatching, cadence calling in athletics, and military combat are also part of voice habilitation.

A central focus of vocology is vocal fitness. It is closely coupled to general well-being. Conversational speech alone does not guarantee a high level of vocal fitness because it seldom uses full fundamental frequency and intensity ranges, nor does it necessarily explore the wide range of vocal timbres that are possible. Developing the best vocal exercise for general health is part of habilitative vocology. Evidence is growing that heartbeat, hormone balance, respiration, emotional and social well-being, as well as some brain functions, are improved with singing, chanting, acting and other exceptional vocal skills beyond conversational speech.

Recovery from vocal injury or disease involves professional rehabilitation. Multiple alternative solutions for voice repair and voice therapy are available or under investigation for voice rehabilitation. The process relies on what evolution has offered across species based on vocal needs in light of body size, environment, and various selective pressures. Surgical repair, behavior modification in therapy, as well as medical  and dietary treatments can all benefit from the study of nature’s many alternative solutions for effective vocalization.

Titze,  I R (1996). What is Vocology ?  Scandinavian  Journal of Logopedics and Phoniatrics, No. 153. Name of journal changed to Logopedics, Phoniatrics, and Vocology in 1997.

(Published with Permission from PAVA)