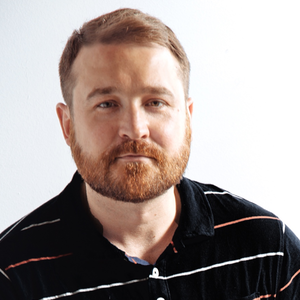 A highly sought after Vocal Coach and Singing Teacher, Ian Davidson is the founder and director of Balance Vocal Studio based in Liverpool, UK, and has over 12 years experience of teaching and working in the Higher Education sector of the UK.

As well as working as a Lecturer in Vocals for 12 years at the world-renowned Liverpool Institute for Performing Arts (LIPA), which was founded by Sir Paul McCartney, Ian also spent a year Lecturing in Vocals on a BA in Musical Theatre at the Institute for the Arts in Barcelona, Spain and has experience in leading workshops and teaching in countries such as Ireland, Switzerland, Malta and the USA.  Ian also teaches clients privately over Skype and FaceTime.

Ian’s professional qualifications include an MA in Music from the University of Salford, a BA in Performing Arts Music from the Liverpool Institute for Performing Arts and a Fellowship of the Higher Education Academy.  He also has a Gospel Entertainment and Music (GEM) Award and a Gold Disc for his contribution to the 2012 UK Christmas No.1 Single “He Ain’t Heavy, He’s My Brother” for which he arranged and directed the backing vocals and choir.

As a founding member of the Vocology in Practice, and Education Director 2015-16, Ian is proud to be one of a handful of teachers in the UK to hold ViP Authorisation. To be a BAST Teacher Trainer is a huge honour, and Ian is excited to be involved in the training of excellent Singing Teachers and Vocal Coaches from around the UK and abroad.