Gareth Henderson - BAST - Be A Singing Teacher Skip to content 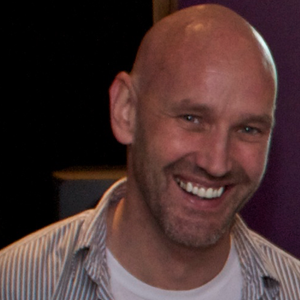 Gareth Henderson has over 20 years of experience as a Professional Vocal Coach. He began his career as a gigging singer over 30 years ago. In that time, he has performed in literally thousands of gigs, from the usual wedding gigs to huge festivals and even prestigious venues and theatres including The London Palladium.

As both a singer and vocal coach, he has worked with Bill Wyman of the Rolling Stones, 4 time Ivor Novello award winning songwriter/producer Mark Hill, Dance Music legend “Yazz”(The Only Way Is Up) and extensively with one of the UK’s bright young stars, Birdy, with whom he has been working since 2009 when she won the national Open Mic contest.

He has been helping other vocalists since 1995 and during that time has taught a huge number of pupils who have gone on to make success from their vocal talents, including not just many local gigging singers but leads in major West End musicals, a handful of X-Factor finalists and a number of chart topping stars.

10 years into his vocal teaching career, he discovered the Speech Level Singing vocal technique and literally learned to teach all over again from scratch, forming a passionate belief in the necessity for vocal coaches to have a strong grounding in a proper vocal pedagogy that gives them an overview of all voice types, not simply their own.

In 2015, he left behind the large Teaching/Recording studio business he had built in the South of England to launch a new Teaching Practice and small recording studio is Western Australia, which in it’s first year, built an enviable reputation and considerable client base, including many of the notable young talented singers of Perth as well as some of it’s established, gigging vocalists.

He is proud to be one of the small number of Vocology In Practice authorised voice instructor in the Australia, and to be helping educate new and developing voice teachers.

We use cookies to ensure that we give you the best experience on our website. If you continue to use this site we will assume that you are happy with it.Ok