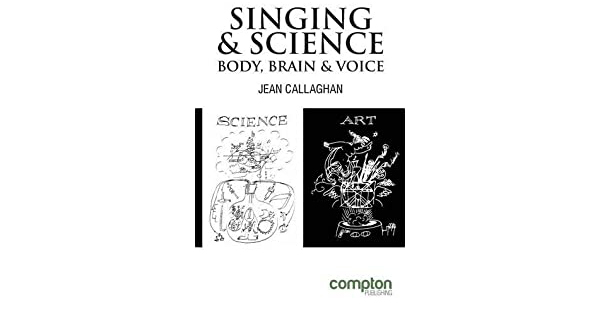 “When I began teaching singing 35 years ago, I asked myself such questions as ‘What is the accepted body of knowledge about singing?’ and ‘How is teaching singing different from singing?’… This motivated a critical assessment of the literature on singing and the teaching of singing…” Dr Jean Callaghan, Singing & Science: Body, Brain & Voice.

Who is Jean Callaghan?

An Australian voice pedagogue and vocal specialist. Dr Jean Callaghan’s research is dedicated to the teaching of voice and the bond between music and language. Callaghan has travelled the world as both singer and teacher and was involved as a researcher in the creation of the software Sing&See which is used in many voice studios as a tool for visual acoustic feedback.

In a nutshell, this book is…

Driven by the arguably universal questions of a vocal teacher and the desire to find coherency in the many vocal publications available. Callaghan’s 2014 second edition publication is a dry, academic read. It calls upon past and ongoing voice science research in order to understand how it continues to inform the vocal pedagogue.

What this book is and isn’t:

This book is for you if you’re looking to:

Callaghan explores the guides and resources available to the pedagogue to present how voice science research continues to influence the way in which a voice teacher guides a singer from mechanical control to communicating through music and language. If you’re looking for a resource that details vocal anatomy, advice on how to increase vocal range, and lists exercises to implement into a singer’s training – especially those appropriate to the contemporary commercial genre – this isn’t necessarily it. But if you’re drawn to accounts that are more formal than colloquial, then this could be a fitting match for you.

Stepping into the pages: What’s covered?

“Singing teachers need the detailed knowledge of the physical aspects of the vocal mechanism that can come from scientific studies, and also need to know how these aspects are co-ordinated to produce aesthetically appropriate vocal tone, and how to convey that information in a way that helps the singer achieve integrated mind-body control of the voice in the service of music and language.” (Pg.7; Singing and Science: Body, Brain and Voice by Jean Callaghan)

The premise of the book is really useful and I can understand why it’s recommended by many. However, for me, it isn’t an easy read and not a book I could be swept away by whilst sipping on a steaming cup of PG tips. I found it to be quite heavy and one which implies a particular audience; the writing style is formal and without any speckle of light humour (except for the occasional entertaining image which is met with relief). That said, it strikes me that this book was never intended to be read cover-to-cover over a handful of sittings. It lends itself more to intermittent visits from the reader – a “dipper-in-and-outer”, if you will.

It’s a shame that, due to its academic style, this resource might render itself inaccessible to novice teachers seeking to further educate themselves – just as Callaghan did at the beginning of her teaching career. Some chapters had me gripped, especially those discussing resonance and vocal health but, overall, I found myself a little tangled.

The book references an impressive list of resources; the first chapter alone cites 32 other publications. It’s like a literary inception, with a whole library within one book!

If you have any questions or comments, or if you would like to share some of your favourite vocal pedagogy literature with us then join the BAST trainers in the BAST Facebook group. CLICK HERE to join.