How to kick the habit of negative thinking 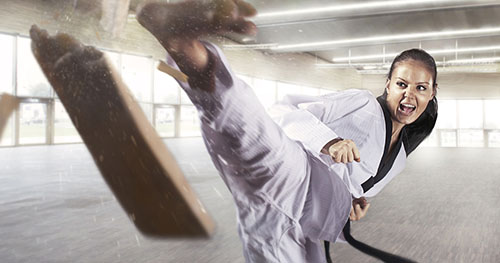 How to kick the habit of negative thinking

Banish the negative beliefs stopping you from having fun and enjoying success as a singing teacher.

Raise your hand if any of these thoughts have ever crossed your mind.

You’d be surprised how many singing teachers battle with beliefs like the ones listed above.

Unfortunately these negative beliefs can be obstacles to success. Instead of reaching for the stars, fear of failure or criticism can stop us from trying new things, hold us back from promoting our achievements or lead to procrastination.

Line Hilton, the founder of BAST Training, is a vocal coach, rapid transformational therapist and hypnotherapist who has helped many singers and singing teachers identify and eliminate unwanted beliefs.

She says the key to building a growth mindset is to question the beliefs we have about ourselves. After all, just because you think something is true, doesn’t mean it is true.

Let’s look at the statement: I don’t know enough to teach singing. Think about it logically. Who decides how much you must know before you can teach? (Hint: you do, it’s not written in stone anywhere).

How do you think other singing teachers got started? (Hint: they didn’t ‘know it all’, they probably knew less than you do now, but they learned along the way).

Why do you assume you’re not cut out to teach, but others are? (Hint: most singing teachers have doubts at the beginning and build their confidence gradually).

What are the origins of our beliefs?

The good news is that we’re all born to overcome failure.

“Think about how a child learns to walk,” says Line. “They fall over lots of times before they figure it out. Just because a child falls over when they try to take that first step, doesn’t mean they’ll never walk.”

But over time, this can change, and our sense of self can be influenced by setbacks or criticism. Sometimes even a single negative comment or failure can lead us to conclude that we are failures.

“As children, we think our parents and teachers are all-knowing,” Line says. “If we’re criticised or reprimanded, we form beliefs about ourselves that we’re not good enough, or not capable.

“The problem is we rarely challenge the validity of those beliefs. If you’re told as a child that you’re not good enough, does that mean that you will never be good enough? What about years later if you’ve kept working away at it?”

Can we change our beliefs?

Yes! A belief is a creation, and you are the creator. So, of course, you can create a new set of beliefs.

There are lots of different therapies that can help you do this. It’s just a case of finding the one that works best for you. You could explore:

A quick word about social media

Many singing teachers feel uncomfortable promoting themselves on social media – once upon a time, Line was one of them.

“I was fine talking about myself with people who were part of my tribe, but I didn’t want to expose myself on the internet or social media,” she says.

“I didn’t want people I didn’t know landing on my website and judging me.”

Line has since changed her attitude to online marketing; here’s how she did it.

The first thing Line did was stop comparing herself to others. (“Comparison kills creativity and joy.” Brene Brown).

The second step was to ask: what would happen if someone landed on my website and formed a negative opinion?

If someone didn’t like what Line had to say, or her teaching approach, what’s the worst thing that could happen? (Answer: that person would probably just keep searching for a teacher whose musical style and taste better suited their own.)

One thing that makes it easier to stop worrying about what other people think is to find your sense of purpose.

“Understand your purpose, and that will drive everything,” Line says. “If you’re passionate about what you do, you will be more comfortable talking about it.

“When we’re marketing ourselves, if we can do it in a genuine way that is serving others, it’s easier. You’ll attract people who relate to what you do and what you’re doing.”

To learn more about developing a positive mindset

Amy Cuddy, check out her TED talk about the power pose.

To find your sense of purpose