How ‘The Wiggle’ can help singers eliminate tension ⏱ 8 mins 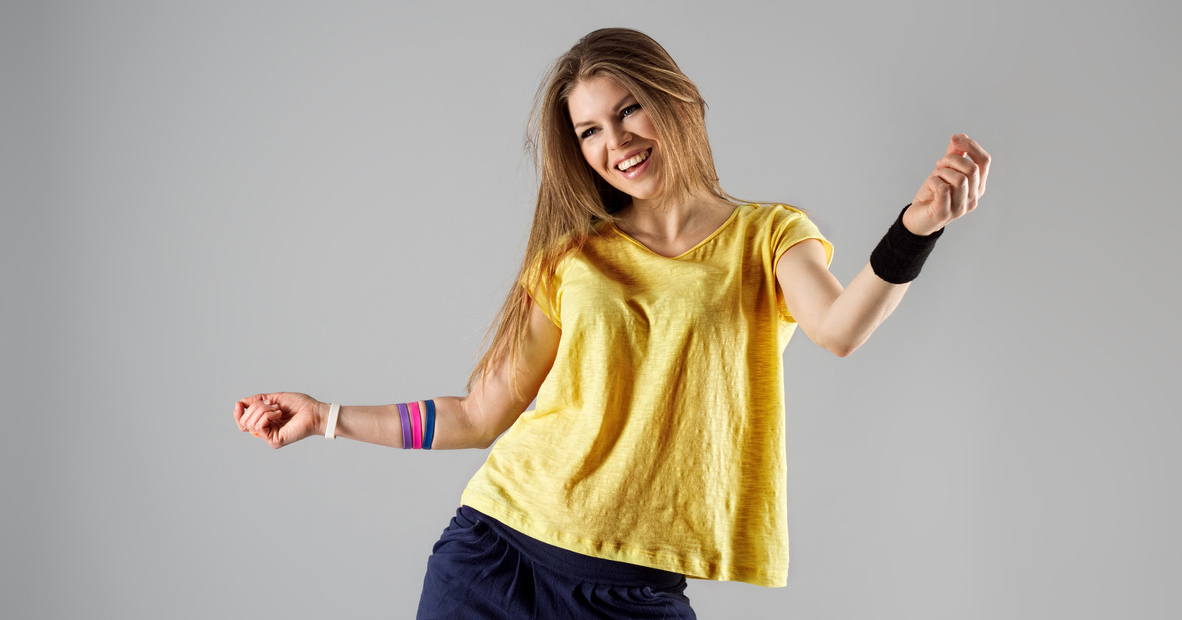 How ‘The Wiggle’ can help singers eliminate tension ⏱ 8 mins

Wiggling is a great way to rid the body of that old singing foe: tension. Here are some movement exercises to help singers loosen up and sing with more freedom.

‘If any part of the body is exerting too much tension, the best way to detect this and then to eliminate it is to give a little wiggle.’ (Jenevora Williams; 2013)

Let’s step into the body scanner and explore the areas which might benefit from movement during singing.

The Head and Neck

The sternocleidomastoid muscles (or what I like to call ‘the big boys’) can be found at the side of the neck. As their name suggests, the SCMs originate at the sternum (sterno) and clavicle (cleido) and are inserted into the mastoid processes (mastoids) of the temporal bone. Their primary function is to mobilise the head and neck, allowing rotation, flexion and extension.

Along with other muscles found in the shoulders and neck, the SCMs are secondary inhalation muscles (AKA accessory muscles). Calais-Germain and Germain (2013) explain how the SCMs “lift the sternum, which in turn encourages an inhalation from the top part of the lungs. In vocal work, these inspiratory muscles can act to brake the exhalation and thereby mete out the subglottic air reserve”. However, relying on these accessory muscles “can lead to excessive tension in the vocal tract, which is not conducive to good singing”. (Morris and Hutchison; 2017).

While vocalising, slowly turn the head from side to side as if shaking a warning ‘No’ to someone who is about to steal the last biscuit from the tin. Alternatively, try writing your name in the air with your nose.

Creating some mobility in the neck gives the SCMs another job to do; instead of habitual gripping, they have to concentrate on carrying out their primary function. Tensions within the neck may be highlighted if, instead of moving fluidly, the singer jerks, jolts or stops altogether when carrying out this exercise.

As discussed above, high clavicular breathing recruits the accessory inhalation muscles. Visible clues of chest breathing include bulging SCMs and stiff shoulders. Nelson and Blades (2018) explain how “much of the musculature of the shoulder also overlies the ribs. In particular, the trapezius and rhomboids, the serratus anterior and latissimus dorsi in the back, and the pectoralis muscles in front connect the scapula to the ribs. Clearly, tightness or dysfunction in these areas will impede breathing”.

Guiding the singer in finding a lower ‘swelly-belly’ inhalation (what vocal nerds often call abdominal-diaphragmatic breathing) will give the primary inhalation muscles the responsibility. These include the intercostal muscles and diaphragm, the latter of which “is responsible for up to 80% of the volume of air breathed in during a deep breath”. (Morris and Hutchison; 2017). As well as this, the shoulders may benefit from a wiggle.

Rotate the shoulders in a backwards motion. Vocal coach Chris Johnson has discussed the benefits of movement in his many informed courses (which I highly recommend), including the advantages it brings to assessing voices, releasing articulator tension and developing vocal registration.

This movement is advocated not only to release the shoulders but also to bring about a sense of flexibility in the breathing mechanism, and to encourage helpful abdominal engagement.

The Tongue and Jaw

The jaw and the tongue are best buddies. When one is given an activity the other often gets FOMO. In his Voice Lessons to the World series, New York Vocal Coaching’s Justin Stoney lists how this relationship can cause “limited vocal range, overall tension in the sound, vowels [which] don’t even sound like themselves anymore, registration problems, and breaks and cracks”. It can also mean that “songs with a lot of words in them are very difficult to sing”.

The masseter, temporalis and pterygoid muscles are responsible for the closing of the jaw, and they are sometimes stubborn to release. “Their excessive contraction often spreads to their neighbours, such as the muscles of the soft palate, pharynx, or tongue, hindering ease of their mini movements.” (Calais-Germain & Germain; 2013). Therefore, we want to ensure that both jaw and tongue can mobilise independently from each other without unnecessary grip.

Movement for the jaw and tongue

The puffy cheek is known to release jaw tension, and the tongue trills/wiggles can attend to tongue tension. This combined exercise assigns the articulators different jobs, giving them the experience of being a bit more independent.

Movement for the jaw

Move the jaw in a chewing motion as if casually enjoying a bit of Mum’s roast beef on a Sunday.

Calais-Germain and Germain (2013) explain how “the complete relaxation of the muscles of the mandible leaves the mouth wide open. What we actually want is an adjustment of the tonus of the elevator muscles, which are often too contracted”. Chewing is an exercise that has frequented many warm-up routines and it’s this gentle movement that may help the singer reduce jaw clenches.

Movement for the tongue

Gently stretch the tongue out of the mouth and wiggle it from side to side as you sing (an exercise that features in our article Ways to fix breathiness); or explore the teeth as if you are cleaning the front and back surfaces with your tongue (an ‘awareness through movement’ exercise described by Nelson & Blades in Singing With Your Whole Self).

At the 2020 Vocology in Practice Virtual conference, speech pathologist Kerrie Obert explained that there are instances where a retracted tongue may be required – for example when creating character voices (think Kermit the Frog) or in producing ‘ring’.

As we explored in our article about the hyoid bone, the tongue has an impact on larynx movement. Holding the tongue out of the mouth allows it to come away from the back of the throat, which can contribute to the sensation of a more ‘open throat’ feeling.

Stretching the tongue out of the mouth may also give the singer’s larynx the experience of raising and lowering independently of its habitual suppressor. The added wiggle gives the tongue another movement to perform instead of its usual drag or press.

While we want to engage the abdominal muscles during breathing for singing, overexertion can cause tension.

As you sing, move your hips as if you’re hula hooping, dance the salsa or draw a figure-of-eight with the hips. Make sure that the hips are isolated, and that the rest of your body isn’t coming along for the ride.

If too much air is shoved at the voice, the vocal folds have two main coping strategies: try to hold back the gust of air that is being forced in their direction; or get out of the way and let all the air leak out. Creating some mobility in the hip area may help to release potentially crunched abdominals.

The power of distraction

While the movements discussed may target a particular area of the body, they are holistic in nature. Creating a separate activity to be performed while singing can be a useful distraction technique, helping fearful, hesitant or ‘stuck’ singers to ‘get out of their own heads’.

I have often asked singers to pick things up from the floor (beats hiring a cleaner), throw a ball or draw pictures while singing to distract them from inhibiting self-judgements.

One note of caution: watch out for tension which may transfer from one area to another (for example, when you wiggle the tongue do the shoulders then get tight?).

You can share your tips and insights on helping singers to eliminate tension on the BAST Trainers Facebook group.