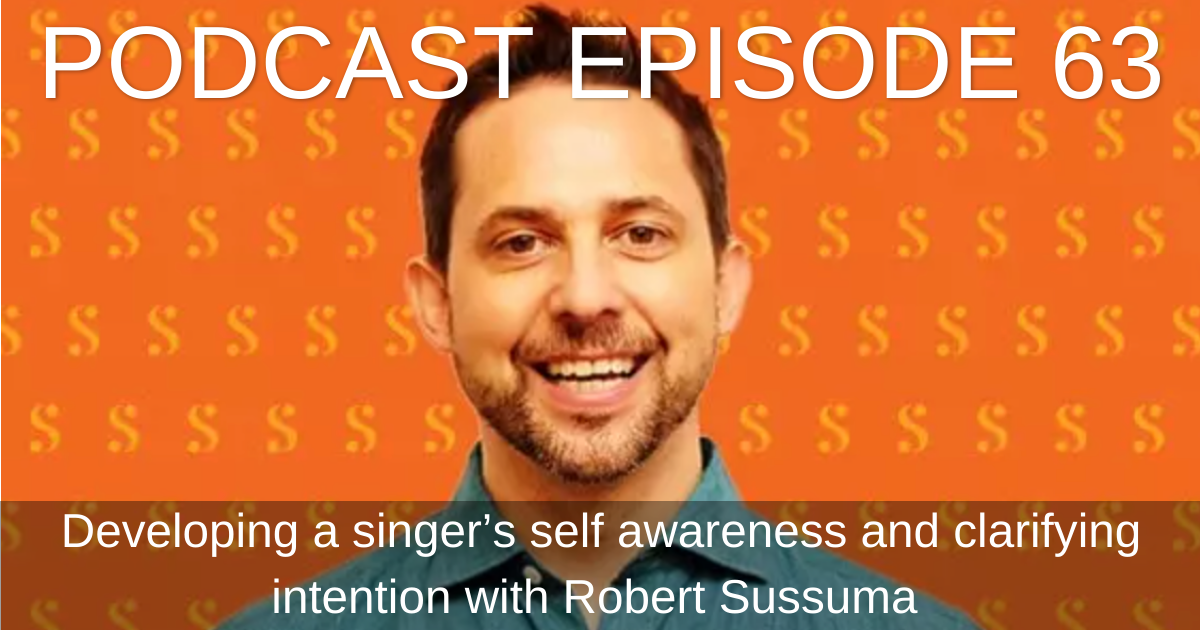 Ep.63 Developing a Singer’s Self Awareness And Clarifying Intention With Robert Sussuma

Featured teacher for Vocal Health Education and co-host of the Thinking Voice podcast, Robert Sussuma joins Alexa this week on Singing Teachers Talk. He’s here to discuss how you can develop a singer’s self-awareness and clarify intention. Robert will also be presenting at BAST’s Focus On: The Body and the Singer event on the 27th of June.

‘I have a student who calls it updating the motherboard’

‘The lesson isn’t what we do, it’s what we’re learning having done it’

‘We can all do the same lesson and learn something different’

Robert Sussuma, a native New Yorker, is an explorer, a life-long learner and a connoisseur of connections: movement, speaking and singing, voice science, emotions, music history, motor learning, existentialism, neurology-in-action, consciousness and deep personal development – to name a few. His formal education is in vocal performance (Bachelors of Music in Voice Performance and Masters of Music in Early Music Voice Performance). Early in that training, he discovered the Feldenkrais® Method of Somatic Education and has seen the two fields as inseparable ever since. He is a Guild Certified Feldenkrais® Practitioner.

Robert has taught Private Voice Lessons and Voice and Movement Classes at Naropa University (Boulder, Colorado), Haverford College (Philadelphia, Pennsylvania) and PACE University (New York, New York), and has maintained an active private studio for over 20 years, working with well-known and successful actors and singers in NYC. Robert has also been a guest teacher at Harvard University, the University of Michigan and Barcelona University.