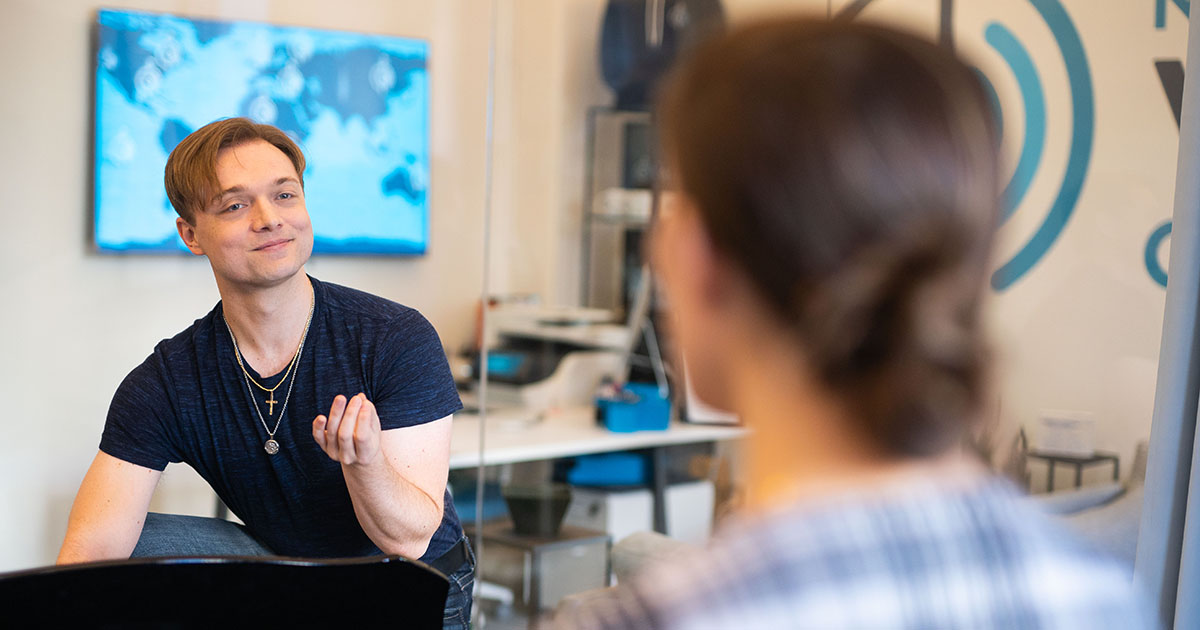 Confessions of a Vocal Coach: I Don’t Care If My Students Practise ⏱ 3 mins

What do you do when a student won’t practise? New York vocal coach Justin Stoney shares his hot take on the issue of student motivation.

There are all sorts of ways to deal with the thorny issue of what to do when a student just won’t practise.

From dishing out reward stickers (to younger students) and offering gentle encouragement to issuing stern ultimatums, there’s no one-size-fits-all approach.

As a New York vocal coach with Broadway and Hollywood stars on his teaching roster, you might assume Justin Stoney is a tough-talking, take-no-excuses task-master. But when it comes to vocal training outside of the studio, Justin says the ball is in the student’s court.

As he reveals on the Singing Teachers Talk podcast, Justin’s teaching philosophy centres around treating all students as individuals.

“Instead of saying ‘here is my method, please learn to do it this way’, I alter what I do for each individual and create a method for them,” he says. The same goes for what students do in their own time.

“It might surprise folks to learn, but I don’t care if people practise. The truth is, there are some people who will come to their voice lesson every week or every two weeks, and that’s a special and sacred time where they get to sing, and they get to let it out.

“But they’re a mum or a dad, or a busy career person, and for them, just having a place to go and sing is what they need. I’m not going to say, ‘You’re not practising; what’s the problem?’.”

That’s not to say that if someone is ambitious for a singing career, Justin sits back and lets them cruise.

“Then you have folks that are in between – they want to be good, but they don’t necessarily want to have a career. What we need to do is look at what incentivises them and what will make them practise.”

Justin suggests trying to identify why the student is not practising. For example, if a student finds it difficult to practise for an hour a day, ask them to start with ten-minute sessions a few times a week.

“Or maybe there’s something about singing that that really thrills them,” he says. “If they love the song work, but not technique, we can say, ‘Hey, just practise your favourite song this week. And then next week, we’ll do the song plus minutes of technique.

“It’s all about knowing your individuals and changing your teaching and your approach to practice based on what will motivate that person. I would never want my students to feel guilty for not practising.

“It’s not a case of will you please me or will you make me displeased [if you don’t practise]. The student is not going to feel ‘I’ve broken Justin’s heart’, but they are going to know, ‘if I want this, I’m going to have to do that’.

Listen to the full interview with Justin Stoney here.

Want to become a singing teacher?

Interested in becoming a vocal coach, or want to brush up on your teaching skills? Why not sign up to one of BAST Training’s great courses today.