Breathing for singing: How much do your students really know? ⏱ 3 mins 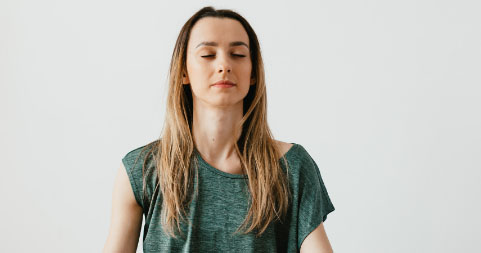 Breathing for singing: How much do your students really know? ⏱ 3 mins

Barbara Tanze explains why you should talk to your students about breathing, and how to get started.

Former opera singer Barbara Tanze owes her career as a breathing coach to an excruciating incident that took place on stage in front of a packed audience.

Barbara was playing Violetta in La Traviata with the Slovenian National Opera when she hyperventilated. (She attributes the incident to not eating enough before the show and an ill-fitting costume.)

“I somehow made it to the end, but it took me three days to recover from this acute feeling of not being able to breathe,” Barbara recalls on the Singing Teachers Talk podcast.

The traumatic episode proved to be a career catalyst. Barbara realised that to grow as a performer she needed to understand more about the mechanics of breathing for singing.

So she reconnected with Robin De Haas, whom she knew from her days studying at Conservatoire de Lausanne in Switzerland. Robin is the co-founder of MDH Breathing Co-ordination. (Read more about the MDH Breathing technique here.)

“I did some workshops with him and then also got into the training of MDH breathing coordination. And that’s really how my fascination with breathing started.”

A decade later, Barbara now teaches optimal breathing techniques to singers, actors and athletes. (You can catch her at BAST’s Focus On Breathing event this Friday (February 11).

Barbara acknowledges the irony that, while breathing is fundamental to all human existence, most people have only a vague understanding of the process.

“It’s a funny one. I find in the studio that when you say ‘right, let’s work on breathing’, singers are like ‘Ha, I breathe all day, every day without having to think about it’.”

Usually, however, it becomes clear that the singer doesn’t know as much as they think they do.

“So how do you start to bring awareness to this system, which is quite automatic or sub unconscious for us?” Barbara asks. “Sometimes it can be difficult to find the right way in because we don’t want to traumatise the person who’s in front of us.

When it comes to talking about breathing with singers, Barbara suggests that teachers explore the subject matter by asking rather than telling. Start with questions like, ‘Do you know all the different parts of your body that you need for breathing?’ or ‘Where does the air end up when it goes into your body?’.

The good news is that awareness about the importance of breathing in maintaining good physical and mental health is rising in the general population.

Covid-19 has prompted many people to re-evaluate how they breathe and the quality of their breathing; a host of writers have also published books on the subject that have proved popular in recent years.

Breath: The New Science Of A Lost Art by James Nestor, Exhale by Richie Bostock, and The Wim Hof Method have been best-sellers. However, none of these books are directly aimed at singers and are no substitute for expert advice from an experienced vocal coach.

Listen to the full interview with Barbara Tanze here.